Anyone who has visited a Chipotle Mexican Grill knows their business model: pretty, tasty tacos and burritos prepared to order in an assembly line of tortillas, savory shredded meats, beans and an array of salsas to fit your heat tolerance.

What you might not know is that Chipotle is leading the way for “fast food” chains to transform their food sourcing to a more environmentally responsible model that taps local farmers, patronizes humanely-raised meat farms and gives customers a more healthful mouthful. Or, as Chipotle puts it, “Food With Integrity”. END_OF_DOCUMENT_TOKEN_TO_BE_REPLACED 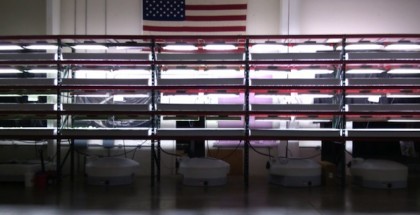 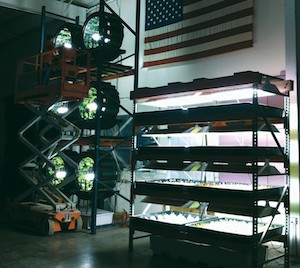 Green Spirit Farms was started by Daniel’s father Milan Kluko under his engineering company Fountainhead Engineering LTD. The idea for the farm emerged while the company was evaluating indoor, urban farm models in North America for a non-profit client—a process which piqued Milan Kluko’s interest about the viability of a vertical farming operation. END_OF_DOCUMENT_TOKEN_TO_BE_REPLACED

The organization’s vision is one of a Detroit where Detroiters grow the majority of fruits and vegetables they consume. The group also serves Hamtramck and Highland Parks, autonomous cities surrounded on all sides by the City of Detroit. END_OF_DOCUMENT_TOKEN_TO_BE_REPLACED

A nationwide initiative to encourage hospitals to provide patients and employees with healthier food choices may benefit independent growers. The Healthy Food in Health Care (HFHC) program encourages hospitals across the country to pledge to a more sustainable food program in their facilities with a focus on buying local and encouraging preventative healthcare.

The Healthy Food in Health Care (HFHC) program is the brainchild of the folks at Health Care Without Harm (HCWH) and is just one of their many initiatives to encourage hospitals to use their purchasing power to promote preventative healthcare through healthy food. HCWH began in 1996 in response to the discovery that the burning of medical waste was one of the largest sources of the carcinogen dioxin on the planet. HCWH is comprised of 28 separate organizations in 52 countries. The group is a privately funded 501 c3 with several green program successes already under their belt. END_OF_DOCUMENT_TOKEN_TO_BE_REPLACED 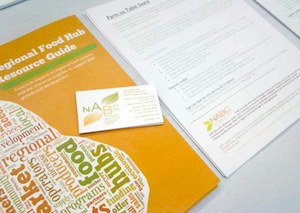 The demand for local food continues to grow, often faster than small growers and infrastructure can keep up. That’s why the work of the Northwest Agriculture Business Center (NABC) is vital in connecting small farmers to big business in Northwest Washington State.

Founded in 2006, NABC is the brainchild of a group of farmers and politicians who noticed a gap in the small business assistance market. Independent growers running small farms are first and foremost farmers. Brand development, marketing, establishing a customer base and utilizing accounting technology are often unfamiliar and time consuming aspects of the small farm business. NABC provides assistance in these and other areas helping to keep small farms viable. END_OF_DOCUMENT_TOKEN_TO_BE_REPLACED