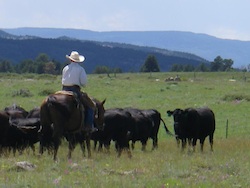 “Our idea is that sustainable is renewable and so we’re in the solar business because basically the ranch is a big solar panel that we use to harvest sunshine and turn into grass that we turn into beef. We also want to make farming attractive to the next generation because if the next generation isn’t attracted to it then it isn’t sustainable.”-Keith Lankister, Bar Double L Beef

Wendi Lankister met her husband Keith while studying ranch management in college. Keith Lankister was studying to be a farrier. The couple found they shared a desire to start their own sustainable cattle ranch. After twelve years of working on ranches around the west gaining valuable insight into the processes of raising livestock, the Lankisters settled just outside Glenrock, Wyoming with their three daughters. Today, the Bar Double L Beef ranch is a profitable adventure in homeschooling, healthy living and grass fed certified organic cattle. END_OF_DOCUMENT_TOKEN_TO_BE_REPLACED 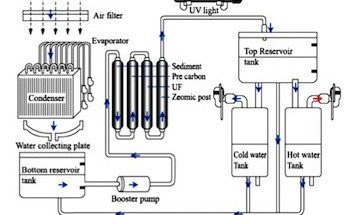 Could Atmospheric Water Generation Power the Farms of the Future?

Most folks, farmers or otherwise, had their first introduction to vapor farms in the hit movie series “Star Wars.” Vapor farming is no longer a thing of science fiction. In fact, its an emerging industry that could change the way the world views water. We interviewed three of the top rated atmospheric water generation (AWG) system producers in the industry to better understand not only the technology, but its potential for sustainable agriculture. Atmospheric Water Systems, Inc. (AWS), EcoloBlue, Inc. and Island Sky Corporation happily explained their systems and the potential of AWG for modern farming.

Atmospheric water is exactly what it sounds like: water from the earth’s atmosphere. Everything contains water and everything has a dew point, the point at which vapor in the air condenses into liquid form. END_OF_DOCUMENT_TOKEN_TO_BE_REPLACED 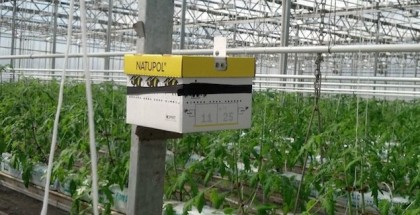 William ‘Bill’ VanScoy takes a few moments away from his family and his greenhouses full of freshly transplanted seedlings to explain how his traditional hog farming operation became one of the largest hydroponic fruit and vegetable farms in Ohio.

“With the reducing acres of usable land in the USA, hydroponics (currently) is one of the more promising ways to keep pace with the growing food demands of a growing world population,” states VanScoy. And keeping up with demand is how it all started for this green thumbed Ohio family. END_OF_DOCUMENT_TOKEN_TO_BE_REPLACED

When it comes to sustainable agriculture, Craig McNamara, owner of Sierra Orchards, president of the California State Board of Food and Agriculture and son of former Secretary of Defense Robert McNamara, believes firmly in the three P’s of sustainable growing: planet, people and profit. Living in the organic walnut orchard that comprises the bulk of his farming business you could argue he’s living in and up to his principles.

McNamara began his career as a farmer in his late 20s. He began as a truck farmer, but soon found traditional produce was not right for him. “The marketing challenges of a truck farmer were very difficult. Being a small produce grower farming, harvesting, packaging and shipping my own product into the wholesale market was extremely challenging. I said ‘there’s got to be a better way.’ I’ve got to find a crop that has fewer harvests per year, is less perishable and a crop that I just have more control over and for me that was walnuts.” Sierra Orchards was founded in 1980. END_OF_DOCUMENT_TOKEN_TO_BE_REPLACED 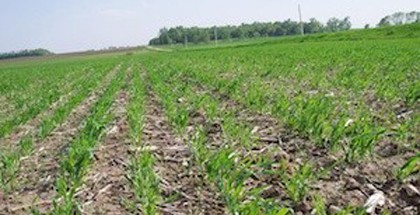 The Midwest Organic and Sustainable Education Service (MOSES) Organic Farmer of the Year award has been a long time in the making for Johnson Farms of Madison, South Dakota. Charlie Johnson and his brother Allan, along with their cousin Aaron and a handful of farm laborers, manage 2,800 acres of South Dakota farmland growing the ingredients for organic animal feed. On his way to pick up the award, Charlie Johnson shared a few insights into organic farming from the ‘long haul’ perspective.

It was Charlie and Allan’s father who started the farm in Madison. “My dad was a different kind of character,” explains Johnson. “He was kinda half hippie half profit.” Bernard Johnson had toyed around with the idea of chemical free farming for decades. He converted to a 100 percent organic production in 1976, years before the organic movement really began the paradigm shift from fringe obscurity to national awareness. END_OF_DOCUMENT_TOKEN_TO_BE_REPLACED