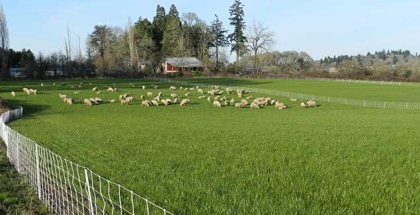 That’s when they realized they would need a different kind of business model. END_OF_DOCUMENT_TOKEN_TO_BE_REPLACED 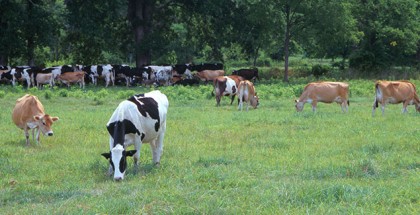 After a year of fierce debate, House and Senate agricultural leaders released a finalized Farm Bill, known as The Agricultural Act of 2014  last week. The bill has been making its way through congress and President Obama is expected to sign it into law on Wednesday.

With roots in San Francisco’s storied People’s Food System, Veritable Vegetable has helped organic growers distribute their produce for nearly 40 years. While farmer’s markets and food co-ops are recent phenomena in some parts of the country, northern Californians started seeking an alternative to supermarkets and agricultural food giants in the 1970s. The People’s Food System was a network of collectives in the San Francisco Bay Area that sought to connect local food producers to neighborhood co-ops and community markets. In 1974, some members established the Veritable Vegetable Collective, which focused solely on produce distribution. Over the years, Veritable Vegetable has evolved from a worker-run collective into a for-profit company that serves growers and markets in parts of California, Arizona, New Mexico, Colorado, Nevada, and Hawaii. END_OF_DOCUMENT_TOKEN_TO_BE_REPLACED

A multi-disciplinary team of researchers scattered around the country is gearing up to piece together the world’s first high-resolution map of global croplands, in a cross-institutional collaboration. The team’s goal is to answer the question, “Where is all of our food going to come from when global population reaches 9 billion people?” Researchers hope that having a detailed picture of what’s happening with croplands around the world will help to inform the net effect of regional demographic and geological changes. Piecing together that accurate of a map will likely take five years, $3.5 million (funded by NASA), computation of thousands of satellite images, and collaboration with crop experts all over the globe. END_OF_DOCUMENT_TOKEN_TO_BE_REPLACED

Beekeepers have been reporting entire hive losses since 2006, when the media dubbed the phenomenon Colony Collapse Disorder (CCD). Several studies have pointed to poor nutrition, pesticide, pests, and pathogens; however, no single smoking gun has emerged. END_OF_DOCUMENT_TOKEN_TO_BE_REPLACED