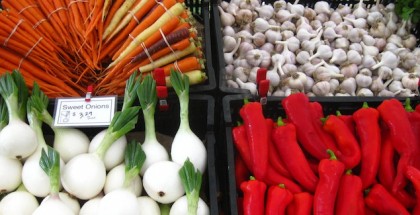 When high-school sweethearts Matt and Carissa Visser left Michigan in the mid-nineties to attend college in Oregon, they never dreamed they would eventually return to Michigan to start a small-scale organic farm.

“We simultaneously came to a point in our lives where we were looking for a new direction,” says Carissa. “We wanted to find a career in which we could own our own business, work together, and feel good about our jobs.” END_OF_DOCUMENT_TOKEN_TO_BE_REPLACED 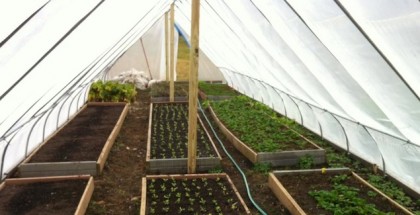 It was the mud-filled lake on Steve Van Haitsma’s century-old family farmland in Ottawa County, Michigan that made him realize he wanted to do things differently.

“The lake was once deep and held sturgeon,” says Kris Van Haitsma’s, Steve’s wife.  “It had filled in with topsoil over the years from all of the farms around it.”

The Van Haitsmas were college sweethearts wanting a life off the beaten path when they started looking for a way to farm without harming the soil, and seized upon hydroponics. They bought their first used greenhouse in 2005, assembled it on the property while both working jobs elsewhere, and began their journey building a do-it-yourself hydroponic operation. And so Mud Lake Farm was born. END_OF_DOCUMENT_TOKEN_TO_BE_REPLACED