Their voices are among many LGBTQ (lesbian, gay, bisexual, transgender, queer) farmers who strive to be true to themselves—not only in terms of vocation, but also regarding their core selves as expressed through sexual orientation and gender identity. This can be difficult, but a number of organizations are engaged in some serious advocacy work to help LGBTQ farmers live up to and into their truest selves.

LGBTQ farmers struggling to be “out” in the broader world of agriculture need look no further than the United States Department of Agriculture for assistance. The USDA has a National LGBT Emphasis Program, managed by Meghan Walter, a hydraulic engineer with the Natural Resources Conservation Service in Oregon. 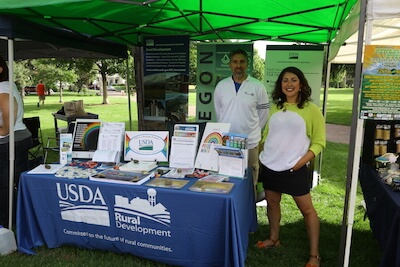 Despite the uphill battles faced by LGBTQ (and other minority) farmers, Walter is extremely pleased at the progress made at USDA under Vilsack’s leadership.

“I want to give a shout out to Secretary Vilsack,” she says. “He’s the one who created the LGBT Emphasis Program and added gender identity to USDA’s non-discrimination policy. He’s a huge proponent of LGBT inclusion and acceptance.”

Walter believes that the USDA’s scope throughout both rural and urban America will help the agency to bolster acceptance and inclusion of LGBTQ folks in the farming world.

“We’re out and talking about it—entities like USDA have an office in every county across the nation,” she says. “We’re engaging customers, talking and reaching out to people who live and work in communities in which we serve.

Why did the USDA need to create an LGBT Emphasis Program in the first place? Walter points to the Lavender Scare, a homosexual witch-hunt of sorts that took place concurrently with the communist Red Scare in the 1950s.

“The FBI could investigate people because of their perceived sexual orientation,” Walter says.

But in 1978 came the federal Civil Service Reform Act, which addressed equal employment opportunity (among a myriad of other items). In the early 1990s USDA added sexual orientation to its civil rights statement.

“Many are excited that the federal government would employ someone who is LGBT,” says Walter. “USDA is an employer of choice.”

But of course, most farmers don’t work for the federal government, and LGBTQ farmers can find themselves on the front lines of a continuing culture war.

Today Ryan Reed is a college professor in California and a volunteer with the International Gay Rodeo Association. He grew up on the family farm in Illinois.

Due to his sexual orientation, he knew at an early age that he wouldn’t be part of the farm’s lineage.

Two decades later, he realizes he’s one of many just like him, and that the rural-to-urban migration of young LGBTQ people persists. 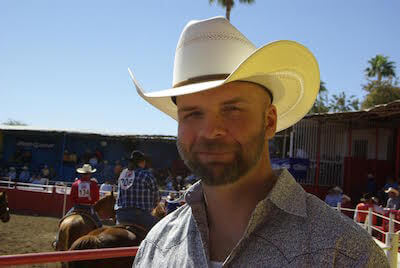 “Agriculture has not progressed very far,” Reed says. “There’s an urban vs. rural division, as well as more openness in sustainable and organic farming circles.”

But as for conventional farming in rural America, he believes that there is still a long way to go.

“Gay kids on the farm head for the city when they turn 18,” says Reed. “That drains rural America of gays and lesbians—then rural America can pretend that we just exist in cities, which is not true.”

As an example, he points to the rural state of Wyoming. With less than 600,000 residents, it’s the least populous state in the U.S. Its capital and largest city, Cheyenne, is home to less than 60,000 people. Reed says that no LGBTQ nightclubs exist in Wyoming, so LGBTQ residents in the state migrate to Denver.

“Denver drains Wyoming of its rural gays,” says Reed, who feels this is indicative of a nationwide trend. “This leaves rural America behind in LGBT issues. There’s a lack of [LGBTQ] formal and informal resources in rural America, and a lack of role models. Gay people are not out in rural America, or they’ve left.”

So amidst all this bleakness, how can gay rodeo help?

In plenty of ways, according to Reed, who says that gay rodeo serves as a bridge between rural culture and the larger gay community. Gay rodeo is also a place where rural LGBTQ folks can relax and be themselves.

“Some people in rodeo farm for a living, but are still quiet about their sexuality,” he says. “In gay rodeo they can let their hair down.”

“Rodeo works with stock contractors to bring in livestock,” he says. “This might be their first exposure to gays and lesbians.”

Reed has also seen major progress in acceptance. He recalls during the late 1980s when a gay rodeo event was to be held outside Reno, Nevada, and a local resident led a lawsuit to stop the event.

“She claimed we were going to bring AIDS to the community, and the judge ruled in her favor.”

Hence, no gay rodeo in Reno that year.

Yet things have progressed.

“Now cities large and small welcome us, across the country, even in middle America,” he says. “Now chambers of commerce want us to do rodeos in their town.”

Reed sees this is part of a larger movement of inclusion, and already sees a trend of gays and lesbians moving back to rural areas. There’s still a long way to go, though.

“This reverse migration will take time,” he says. 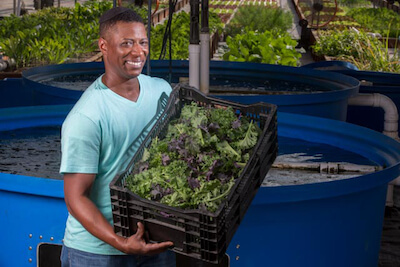 Looney served in the U.S. Army, and credits the Veterans to Farmers program in helping him make the shift from serving in the military to growing food. However, this was not his most profound journey—he was also figuring out how to be authentic in living into his true gender.

“I knew early on I was in the wrong body,” says Looney, who began his transition from female to male six years ago. “In the army as a female, I chose to serve in the military police. I was out as a lesbian in the army, but “don’t ask, don’t tell” was in place.”

Since beginning life as a male six years ago, Looney’s transgender status is, in his own words, a “non-issue for him.” Yet he acknowledges that living in a cosmopolitan city such as Los Angeles has made his journey easier.

“Farming in general is rural, and in a rural environment, LGBT does not fly,” he says.

One of Looney’s goals for Westside Urban Gardens is for it to not only grow great food, but also to create jobs for LGBTQ people who are seeking meaningful employment.

“Not just a job, but viable skills,” he says.

In the face of ongoing discrimination against LGBTQ folks, Looney is hopeful about the future.

“LGBT folks are present in every walk of life,” he says. “This past year has been hopeful, and that hope carries over to the agricultural world.”

Philadelphia urban farmer Ari Rosenberg started her sustainable agriculture odyssey in 2002, at the age of 17. Since then, she’s worked on small farms in a variety of places, including Nepal, India, Maine, New Jersey and Philadelphia.

A lesbian who mainly navigates urban spaces, Rosenberg still feels that she has encountered discrimination. 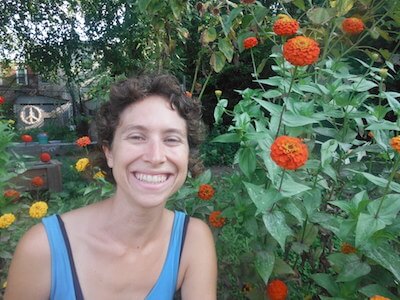 “I worked for an urban farming nonprofit in Camden, N.J. that was run by a supposedly progressive Catholic church,” she says. “Board members referred to me as a dyke, so that was a problem. They did not renew my contract after two years because of who I am.”

Now Rosenberg works with an urban farm in Philadelphia, and despite her previous negative experience, she’s optimistic that LGBTQ farmers have a place at the table.

“I’m proud of my identity and of myself, within the farm community and in life,” says Rosenberg. “We need to be whole and complete beings.”

“I’m extremely optimistic on a personal and professional level,” says Walter of the future she envisions for LGBTQ farmers. “Folks just like me put in extra time and extra effort to advance the cause.”

“We will be in Oklahoma [for pride] for the first time this year,” she says.

USDA also is helping with efforts to expand LGBTQ rights and awareness into rural America.

“We partner with the True Colors Fund and the National Center for Lesbian Rights in rural outreach,” she says. “We’re trying to reach LGBT agricultural communities in these areas.”

When asked if a new president in the Oval Office could possibly have a negative impact on USDA’s efforts on behalf of the LGBTQ community, Walter expressed hope.

“It’s hard to change policy—there’s a mountain of policy to overcome, and that’s what we’re holding onto,” she says. “There’s people like me as well. I’ve got time on my side, and people just like me are here and we’ve made a promise. We’re here to promote inclusion and acceptance. There will always be someone like me.”