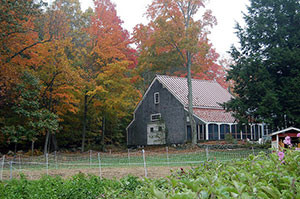 A survey out of the University on New Hampshire has uncovered a few surprising bits of information about the value consumers place on local produce.

The survey questioned 200 people and was conducted by John Halstead, professor of environmental and resource economics, and university students.

“There’s a lot of momentum toward producing more of our food locally and a lot of statements being made about how we should buy X percent of our food locally, and how if we just did this we’d produce all these jobs,” Halstead says. “I felt like there hasn’t been a lot of real economic research done that talks about why, for example, don’t we do this now if it’s such a great idea? Why is nobody doing it, and if it is such a great idea, what’s keeping it from taking hold?”

To get answers to these questions, Halstead and fellow researchers asked consumers what they think about local food. In addition to the survey, Halstead also asked local farmers how they approach producing food.

One of the things the researchers were able to tease out of the information is the premium people will pay for different types of produce.

“People are willing to pay a relatively high premium for locally grown cucumbers, for example, but not so much for some other crops,” Halstead says. “Another interesting thing we found is that the local characteristic is much more important than the organic characteristic. That tells us something about their (the consumers) motivation — it’s not purely health motivated — it’s the idea that they are supporting the local community.”

The survey also was able to find out how much consumers would pay for certain pieces of produce. The research techniques the researchers used allowed them to identify the different parts of a price that are related to certain vegetable characteristics.

“For example, if a certain veggie is really pretty vs. another one that has some blemishes — people will pay a lot more for the pretty one,” he says.

To determine this, Halstead’s students found perfect pieces of produce and produce with just a few brown scabs on it and let respondents look at images of both. The survey found that people wouldn’t pay as much for the vegetables with scabs because they didn’t look as good (even though the produce tasted just as good as the flawless produce).

Halstead also says that survey respondents said that while they think buying local is important, they’d rather purchase their produce from a grocery store than a farmers’ market. The reason? Convenience.

“They pretty clearly say they like the convenience of the grocery store, and they would rather have it (local produce) in their local produce aisle,” says Halstead.

So, why aren’t farmers trying to get their produce into stores? The answer is complicated and varied.

Some farmers (this was a very small sample – Halstead says the responses should merely be considered as antidotes) in Halstead’s focus group say they didn’t want to provide product to grocery stores because they worried the stores would handle their produce poorly. These farmers felt better giving their product directly to the consumer at markets.

Halstead also says that the farmers in the focus group also said that federal regulations got in the way of production.

Halstead says that he ultimately hopes that the survey and future studies like it will help determine the following three things:

This type of information will ultimately help local farmers begin to carve into the sales of imported produce  coming from the Midwest and California.

Halstead is looking forward to repeating this survey again, but in a different area (northern New England) and on a larger scale (20 times larger the original).

“It will have a lot more observations,” he says.  “We’ll be able to ask, what do you buy when you buy local, and get a more detailed answer.”