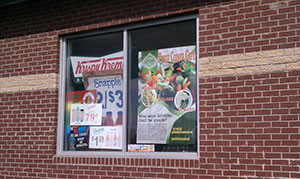 Through improved health and weight loss when he was younger, Noam Kimelman experienced firsthand the power of good food. Now, he is working to make healthy food accessible in underserved Detroit neighborhoods through his business, Fresh Corner Café L3C.

“I was overweight, started eating healthier, and experienced mental, physical and spiritual changes,” says Kimelman, who wants to help all Detroit residents have the same access to the good food that transformed his life. “It’s a health issue, and a justice issue—people need [healthy food] to be who they want to be.”

Hence, Kimelman acted on what he feels was a high calling—a calling to make fresh and healthy food available to all Detroiters via corner stores, food delivery, workplace access and catering.

He explains that contrary to popular belief, it’s not the lack of grocery stores in Detroit that is encroaching upon many Detroit residents’ access to wholesome food, but a lack of good public transportation in the city.

“Because of this, many people only go to the grocery store once a month, and then fill in the rest with fast food and gas station crap,” Kimelman says. “The key is getting fresh foods to the corner stores. How can we ensure there are more food options at gas stations?”

“People need time to change their habits, so we gain a customer here, a customer there,” says Kimelman. “At the end of the day, you want to see a profit.”

To help convince reluctant store owners to stock healthier fare, Fresh Corner Café sells all its food to corner stores on consignment and guarantees all its food against loss or spoilage.

While Fresh Corner Café plans on continuing its offerings in Detroit corner stores and gas stations, Kimelman is exploring many ways to increase fresh food access for residents of the Motor City.

Not only is Kimelman committed to spreading the gospel of good food across the city of Detroit, but he is also equally committed to obtaining this food locally. Fresh Corner Café sources its food from local farmers and food businesses, including (but not limited to) Friends Potato Chips, a Detroit-based farm-to-table potato chip company; Mitten Bites, an after-school program run by the Detroit Food Academy; and Crème Detroipolis, purveyors of Detroit-Style southern food.

Fresh Corner Café has not forgotten the workplace and its traditionally substandard fare. It provides refrigerators stocked with healthy, local food; they work in the same way as traditional vending machines, but instead of dispensing cheap candy and corn syrup-laden drinks, out come salads, apples and more.

Financially, Fresh Corner Café is breaking even at the moment, thanks to its profitable catering offerings. Income from catering goes to fund other pieces of the business that have yet to reach profitability. Kimelman’s future vision includes increasing income and profitability levels to increase the salary of Fresh Corner Café employees.

Kimelman is also a co-founder of the Detroit Food Academy, where he works with high school students and recent graduates in developing a first-class food product brand, Small Batch Detroit, which is marketed to grocery stores (including Whole Foods Market) across the country. Mitten Bites is part of Small Batch Detroit.

“Our goal is for Small Batch to become an unbeatable brand,” he says.

High school graduates may intern at Small Batch Detroit for ten months during their “gap” year between high school and college, during which time they learn about all facets of sustainable food and agriculture.

In 2013, Fresh Corner Café received first place honors in the Emerging Social Enterprise category in a contest sponsored by Michigan Corps and the Michigan Economic Development Corporation. In 2014, the National SCORE Foundation honored Kimelman as National Entrepreneur of the Year.