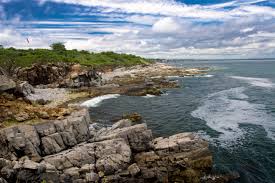 A new venture in Maine seeks to provide financing to local farmers and other food producers through the establishment of a credit union focused on Maine’s local food economy. The Maine Harvest Credit Project is the brainchild of Sam May and Scott Budde, Mainers with backgrounds in finance and the local food movement. Eventually, May and Budde hope to establish a sustainable financial institution offering loans for land and equipment to farmers and emerging food businesses.

For May, the genesis of the project arose from his participation in Slow Money Maine, an organization that supports local food economies through building a network of philanthropists, businesses, and nonprofits. Along with his Slow Money colleague, John Sharrod, May began to shop the idea of a credit union with other members of the network. Through their discussions and research, May and Sharrod recognized that Maine has important organizational infrastructure in place that can support a credit union to serve farms and the local food economy. This includes the Maine Organic Farmers and Gardeners Association, the largest group of its kind in the country, and the Maine Farmland Trust.

Meanwhile, Scott Budde was working on a similar project focused on the Northeast Organic Farmers Association, exploring the possibility of creating a regional credit union in the New England states and New York. When May became aware of Budde’s work, he approached him with the possibility of focusing his efforts in Maine. Aware of the strength of the infrastructure already existing in Maine, Budde agreed to join forces with May and begin the work to establish Maine Harvest.

Establishing a credit union can be “difficult and daunting,” as May describes it, so the partners’ first task was to establish the project’s feasibility. Some criteria were easily met. For instance, credit unions must draw on a base of at least 10,000 members; the 15,000 combined membership of MOFGA and MFT comfortably cleared that hurdle. May and Budde then conducted a survey of farmers, food producers, and consumers in order to establish the need for such a credit union. As May describes it, the survey affirmed a need for this in the state of Maine. “There’s a lot of support for it,” says May. In particular, the survey revealed a lack of land-based loans within the $100,000 – $300,000 range. This level of financing is crucial to the growth of small farms in the state of Maine.

Maine Harvest’s final hurdles will be to establish the necessary start-up capital and to receive a charter from the state of Maine’s Bureau of Financial Institutions. May stated that he and Budde are hoping to complete both tasks and be fully operational by 2017.

Establishing a credit union has particular benefits, particularly in Maine, where credit unions are very popular. There are 61 credit unions in the state with a total membership of over 600,000, comprising almost half of the entire state population, according to the Maine Credit Union League. Budde also points out that there is a strong “mission alignment” between the philosophy of a credit union and the May and Budde’s vision for Maine Harvest. “Credit unions are by definition much smaller than banks and much more local,” he says.

John Murphy, president and CEO of the Maine Credit Union League, is optimistic about Maine Harvest’s future, according to the Maine Credit Union Times. Maine Harvest is planning to partner with other credit unions that are interested in making loans to farmers but don’t have expertise in the business of agriculture. Says May, “The other credit unions are interested and want to participate. They see this as a growth area.”

Both May and Budde report their vision for Maine Harvest is not informed by financing models in other parts of the country. Rather it is informed by historical patterns in Maine’s social fabric. Reflecting on this, May encourages communities to play to their local strengths in creating structures to support their food economies, saying,

“We don’t have to reinvent a lot of things. We just have to take them off the shelves and dust them off,” he says.

The Life of a Local Forager: Dwight Detter on How Products Get onto Whole Foods’ Famous Shelves