Meeting the demand for local food will ultimately depend on the efforts of entrepreneurs and innovators; those who are willing to push the boundaries of the conventional food system to catalyze real change.

Please join us for Seedstock’s upcoming “Reintegrating Agriculture: Local Food Systems and the Future of Cities” Conference on Wednesday, November 12, 2014 at UCLA Anderson School of Management in Los Angeles, CA where a group of expert panelists and presenters will look at the role of entrepreneurs as change makers in the local food system.

This panel will look at solutions that have the potential to grow the local food marketplace from supply chain technologies and small farm entrepreneurship to value-added product development. Issues to be addressed include identifying the greatest challenges that local food producers face in getting their products to market, how to rejigger a distribution system and supply chain set up around the delivery of high volumes of food to gigantic grocery and big box retailers across the country to facilitate the entry of more local product, and solutions that local food producers can pursue in order to increase their presence in the marketplace and chip away at the Iindustrial agriculture model.

The discussion will be led by moderator A.G. Kawamura, former Secretary of the California Department of Food and Agriculture and co-chair of the Solutions From the Land Dialogue, and will feature Michel Algazi, chairman and CEO of Freshology, Erika Block, Founder and CEO of Local Orbit, Dwight Detter, Local Forager for Whole Foods Market and John Mesko, Sustainable Farming Association‘s Executive Director.

Expert Panelists and Presenters include: 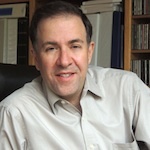 Michel Algazi has spent over 25 years building lasting consumer and food & beverage brands at Fortune 500 companies and entrepreneurial environments in the US and internationally. He has a proven record of leveraging emerging technologies to dramatically grow new and existing businesses through strategic acumen and creative brand-building.

He is Chairman and CEO of Freshology, a leader in the delivery, to customers around the country, of personalized, chef-designed, freshly-made and nutritionally-balanced meals. The company uses an innovative direct-to-consumer model and mass customization technology to deliver on its promise of enabling customer’s convenient access to exceptional taste, nutrition, health and wellness.

Algazi has been a strong supporter of small business and entrepreneurship for many years. He is founder of The Fine Foods Group™ a “click-and-brick” community and professional networking organization of over twelve hundred local food entrepreneurs, grouping together to better compete in the marketplace. He has consulted for dozens of consumer-facing companies since 2007, and has served as M&A advisor to Pacific Community Ventures (PCV) in the food and beverage and consumer products categories. PCV invests creating lasting high quality jobs for low and moderate-income communities.

Michel has founded and successfully grown a number of ventures in the food and health and nutrition industries. He has also held executive leadership positions at companies such as The Walt Disney Company (Disney Consumer Products and Disney Online), Diageo plc, and Black & Decker.

He sits on a number of corporate and non-profit boards and has been guest lecturer, on Product Innovation, at UCLA’s Anderson School of Management and on Food Business Strategy, at Chapman University. 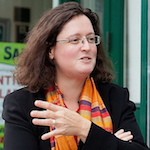 Prior to Local Orbit, Erika founded and ran an entrepreneurial arts organization, producing cross-sector partnerships in the US, Great Britain and South Africa. She also led the renovation of a vacant building in Detroit into a theater, gallery and bar where she worked with vendors to source local food for events. Throughout her career, Erika has created collaborative environments that facilitate learning and action.  She has an MFA from Columbia University, and did graduate work in Interactive Technology at NYU.  Erika comes from a family of fruit peddlers, meat processors, restaurant owners and wholesalers. She is a PopTech Social Innovation Fellow. Other awards include Crain’s Detroit Business 40 Under 40. 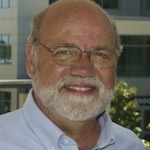 Dwight Detter, a Vietnam War era Veteran, Dwight spent 20 years in the Food Service Industry in San Francisco and Los Angeles before joining the grocery industry. Dwight has been with Whole Foods Market for 14 years. As a local forager for the past 3 years he been helping local start-ups get on to retail shelves. Dwight also teaches a series of 4 classes throughout LA, Orange County and San Diego in conjunction with the Fine Foods Group on developing local artisan businesses. He works with community groups such as the Orange County Food Access Coalition, the San Diego Food System Alliance and county Farm to School groups. He is currently involved with developing a value added program with Archi’s Acres VSAT Program for returning Marines and Soldiers from Iraq and Afghanistan. 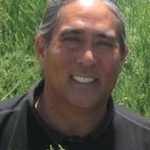 A.G. Kawamura is the former Secretary of the California Department of Food and Agriculture (2003-2010). He is co-chair of the Solutions From the Land Dialogue, a project that is developing a sustainable roadmap for 21st century ag systems. He currently serves on several boards and committees including: The Ag Advisory Committee for the AGree Initiative, a national and global effort to address food and ag policy for the future; the Board on Agriculture and Natural Resources (BANR), a policy arm of the National Academy of Sciences’ Natural Resource Council; Ag Advisory Committee for the Chicago Council on Global Affairs; Trustee for the Council on Agriculture, Science and Technology (CAST); American Farmland Trust; The 25x’25 Alliance, a national alliance of renewable energy stakeholders. He is a former chair and current board member of Western Growers Association.   As a 3rd generation, progressive urban farmer, AG has a lifetime of experience working within the shrinking rural and urban boundaries of So. Calif. He continues to be actively involved with innovative urban-agricultural projects addressing hunger and nutrition. Through his company, Orange County Produce, LLC, he is engaged in building an exciting, interactive 21st century 100-acre agricultural showcase at the Orange County Great Park in Irvine, CA. 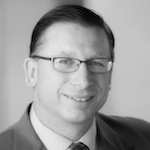 His career in industrial agriculture led to a position as the Technical Information Manager for Mycogen Seeds, the seeds division of Dow Agrosciences, a subsidiary of Dow Chemical. In this role, he took a peek “behind the curtain” of the global agriculture industry and wasn’t encouraged by what he saw.

John was playing an important role in the global dominance of food, food supply and food production of a huge, multi-national corporation. His work was ultimately resulting in the reduction of profit to the farmer, a reduction of food choice to the consumer and an overall downgrading of the environment. Ultimately, some of the future biotechnology plans in place at the time were frightening, and he could no longer support an organization with such a cavalier attitude toward human life, food and the environment.

As a father of a future generation and caretaker of the soil, something needed to change.

John moved to Purdue as a County Extension Director and Solid Waste Management District Director in East Central Indiana. He worked with emerging organic and sustainable farm operations, focused on expanding the markets for goods from these farms, and worked to educate producers and consumers about the choices both can make in the areas of community supported agriculture, direct marketing, farmers markets, food cooperatives, and farm-to-institution arrangements.

In 2005, Lighthouse Farm was born. The Meskos moved to John’s boyhood farm in central Minnesota and started farming from scratch. The fences used years ago for grazing beef and dairy herds had disintegrated and the hog fencing had been taken down; fencing of all kinds, sheep, hog, and cattle were project priorities in the beginning. Marketing directly to consumers, Lighthouse Farm began raising beef, pork, lamb, chickens, turkeys, goats, eggs, and ducks; the farm has since moved mainly to grass-fed beef production. They’ve also held workshops on the farm, developed educational DVDs, and consulted with many new farmers and rural residents about how to use their land sustainably.

Since taking the reins as Sustainable Farming Association Executive Director in 2009, John has piloted SFA’s resurgence as a growing member organization that makes a greater impact in the sustainable agriculture movement.