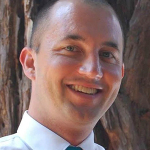 San Francisco broke new ground this past July by becoming the first California city to allow for tax incentives on land used for urban farming. The city’s Urban Agriculture Incentive Zone Ordinance piggybacks on California State Assembly Bill 551, which permits state municipalities to create the zones. Under the ordinance, property owners must commit to using their land for agricultural purposes for five years or more. The city’s Planning Department determines a parcel’s eligibility, and the Assessor-Recorder is responsible for determining the change in property tax.

While the legislation has been embraced by many in the city’s urban farming community, it’s also ruffled some feathers among those concerned about affordable housing in the city.

“It’s not like we have a food shortage in California … but we certainly have a housing shortage,” David Sobel, executive director of the San Francisco Housing Development Corporation, told NPR. Sobel suggested he’d prefer measures that encouraged rooftop gardening in the city while allowing for affordable housing land uses.

To find out more, Seedstock contacted Keith Tanner of the San Francisco Urban Agriculture Alliance, who graciously agreed to an interview on the topic.

Seedstock: How would you describe San Francisco’s urban agriculture and local foods movements?

Tanner: As a member of the city’s Urban Agriculture Alliance, I may be somewhat biased, but I think it is safe to characterize the urban agriculture and local food movement here as quite robust. San Francisco has a passion and interest for food that in my mind rivals the great food capitals of the world. You see this in people’s knowledge about where their food comes from, how it is produced, and the many connections of the food system.

The SFUAA is just one of many groups within the city focused on local food and farming. Although there are a number of constraints to growing food in the city, people in every corner of every neighborhood find ways to contribute to a thriving urban agriculture scene. We here in San Francisco are fortunate to have public agencies and policies that seek to preserve and enhance urban agriculture within our 7-mile by 7-mile city.

Seedstock: How big a footprint does urban farming currently have in SF?

Tanner: A 2012 survey by SPUR (a regional urban planning nonprofit serving the Bay Area) found that 23 acres were devoted to urban farms in the city, or a footprint of 0.078% of the total land in San Francisco.

Seedstock: Why do you think the urban ag tax credit measure was needed, and what kind of impact will it have for the city at large?

Tanner: The ordinance helps address a crucial challenge facing current or prospective urban farmers: access to affordable land. The legislation allows existing farmers renting their space to gain greater security, should their landowner choose to pursue the tax credit, by creating a five-year commitment in exchange for lower property taxes over that period. This incentive should also encourage property owners who possess currently undeveloped lots that are unlikely to see change occur over the next five years to enter into a five-year agreement with new farmers who are interested in activating the space for at least that time period.

The benefit to farmers should be not only that more lots may become available for farming, but that the cost to lease land on properties taking advantage of this incentive could be more affordable. For existing farmers, the benefit is greater security on their currently leased land.

For the city at large, the ordinance has a number of potential benefits. The environmental benefits of additional green spaces in an urban environment are well documented, from air quality to stormwater management to GHG sequestration, particularly when contrasted with vacant properties or blacktop parking lots. Urban farms can also provide recreational and educational opportunities for city residents, especially in providing direct opportunities to learn about and connect with fresh and healthy food.

In addition to the direct economic activity that can take place on an urban farm, such spaces have the potential to increase values of neighboring homes. There are also benefits which may be harder to measure, like the community-building potential of neighborhood gardens and farms and the aesthetic and biophilic pleasure they can provide for gardeners, neighbors and visitors.

With the ordinance having been passed only recently, it is hard to predict the exact impact it will have on urban agriculture and local food in San Francisco. But it is our hope that many of the aforementioned benefits will be realized: local farmers already on leased property will have greater security, and additional land becomes available for those interested in starting new farms. With a growing number of farms and gardens throughout the city, we predict the environmental, economic, educational, and social benefits already associated with urban agriculture will expand. As the urban agriculture scene expands within San Francisco, so too should the local foods movement, as greater numbers of people witness, take interest, and become involved with food in the city. It is also our hope that the state assembly bill and local ordinance serve as models for other communities interested in supporting local food and urban agriculture.

Seedstock: The tax credits seems to be a divisive issue for some residents in a city where gentrification linked to the tech boom has already created a polarizing effect. How concerned are you about the negative effect this could have on SF’s urban farmers?

Tanner: Our members are very disturbed by the inequality gaps growing in San Francisco and the threat of displacement that many in the city face. We here at SFUAA are very cognizant of the potential connection between urban agriculture and gentrification, and we have developed a position statement on gentrification that explicitly spells out our thoughts.

Seedstock: What do you think of the argument this ordinance consumes the use of valuable space in the city that could be used to build affordable housing?

Tanner: I assume you are referring in particular to an Atlantic article which offered this criticism. One of our members has written an eloquent rebuttal, that spells out many of the reasons why we believe this is a flawed argument.

First, it is important to note that we at SFUAA would love to see more affordable housing built in the city, and share the concerns of many that a growing inequality gap is making it more and more difficult for individuals to afford living in the city. However, the Urban Agriculture Incentive Zones Ordinance is not preventing housing of any kind from being built. For one, the types of lots targeted by the ordinance are often those either unsuitable or unable to support housing development, whether because of zoning restrictions or awkward lot sizes and locations. In addition, no developer would cancel plans to construct housing on a site because of the prospect of urban farms; housing of any kind is far more lucrative for the landowner than farming, particularly in the city.

Lastly, this ordinance can go hand in hand with planned development, as it does not tie up the property indefinitely but instead requires a mere 5-year commitment (many planned developments take even longer than this to break ground) and would allow for a beautification of an otherwise vacant and blighted space. In our opinion, for land that is either not going to see development at the moment or in the immediate future, a farm or garden provides far more benefit to the city than a vacant lot, and we support an ordinance that encourages this.

Seedstock: What do you think of the idea that it would have been better to encourage rooftop gardens in the city?

Tanner: If the presumption is that encouraging rooftop gardens would have been better than creating urban agriculture incentive zones, then I must dispute this premise. Gardens on the roofs of existing buildings and farms on undeveloped lots are two very different things, but they are by no means mutually exclusive. The SFUAA believes rooftop gardens are an excellent idea and many of our members are part of a working group that is intent on removing barriers to gardening on rooftops and promoting this throughout the city. We have members and sub-committees working on a number of different issues, one of which is rooftop gardening, and we would never force individuals within the SFUAA to forsake the pursuit of one project or enthusiasm for another, especially when they can be occurring concurrently.