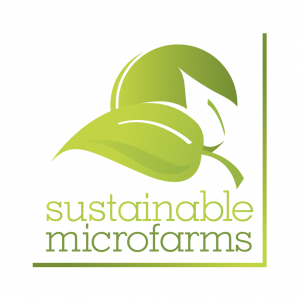 Sanjay Rajpoot, founder of hydroponic nutrient control system firm Sustainable Microfarms, was an early starter when it came to sustainable agriculture. Fascinated by Singaporean rooftop gardens at an age when most of his peers were more interested in X-Boxes, Rajpoot began researching his business at the age of 16, and was spending time with greenhouse automation expert Dr. Heiner Lieth at his UC Davis lab by the age of 19.

“One of my mentors growing up is an embedded systems researcher, so I was fascinated by the idea of creating better, cheaper controls for hydroponic systems,” says Rajpoot.

Rajpoot observed that most existing greenhouse control systems were too expensive for smaller indoor farmers.

“I felt they were mostly built for large greenhouses, and I wanted to build something that everyone could afford,” he says.

Rajpoot set out to do this by founding Sustainable Microfarms, a Los Angeles-based firm that aims to “revolutionize hydroponics through automation.”  Eric Ellestad, a recent graduate whose family business in the haulage industry gave him plentiful entrepreneurial experience, joins him in the endeavor. Several marketing and technology associates contribute on a part-time basis at present, but Rajpoot plans to hire five on full-time by the end of the year.

The company’s first product, the Genesis Controller, is an automatic nutrient delivery system for hydroponic farming that automatically dispenses general hydroponics nutrients and allows users to monitor their key metrics on an LCD screen.  Each kit includes two sensors, a microcontroller, hardware in which to mount nutrient bottles, and a wall-mountable LCD screen.  Sustainable Microfarms has applied for five provisional patents on the product.  Similar, and indeed far more sophisticated systems are available from other companies such as Priva and Link4, but Rajpoot believes his system to be one of the least expensive on the market, with an intended retail price of $750 per unit.

“It’s between a quarter and a third of competitor’s pricing,” he says.  Rajpoot has identified a Japanese manufacturer for the product, though it will likely be made in China.  The company plans to distribute the product both in the United States and internationally.

“We already have interest for half of our inaugural production run from distributors, especially in Europe,” says Rajpoot. IBIS World estimated the U.S. hydroponic equipment market alone at $543 million in 2011.

The company hopes to ship its first product run of 1,000 units in December, and is ramping up fund raising activities to achieve this.  First up is an Indiegogo campaign, which has already exceeded its $50.000 goal.

“We’re viewing it more as a marketing [campaign] than as a fundraising campaign,” says Rajpoot.  Beyond that, the company is actively seeking $1.75 million in equity funding from venture, angel and other private investors, and expects that most will come from emerging markets, especially India and China, where Rajpoot says he has already built relationships in part through participation in numerous business plan competitions, such as the Yum! Brands Global Sustainability Challenge, USC Masseh Engineering Entrepreneurship Competition, Hong Kong PolyU Global Student Challenge, the Caltech/DOE FLoW National Business Challenge 2012 and 2013.  He reached the finalist stage in several competitions and was selected as one of the 50 most innovative student entrepreneurs in the world while pitching as a Kairos 50 Global fellow at the NYSE-hosted Kairos Global Summit.

Rajpoot’s approach is an interesting example of the benefits that “better, cheaper, faster” technology is bringing to sustainable agriculture. In the analogous area of energy efficiency, we saw the cost of systems fall from many thousands to a few hundred dollars in the space of a few years, even as new products, such as the Apple-inspired NEST thermostat, offered newer functions and better design.  Here’s hoping that we’re now at the beginning of a similar sea change in sustainable agriculture.