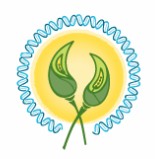 The husband and wife team first discovered a symbiotic relationship between a fungus and a plant by chance while studying plants that grow in different soils in Yellowstone National Park in the 1990s. Rodriguez was collecting data for the U. S. Geological Survey where he worked as a principle investigator and microbiologist. Redman was conducting her own research while working as a research professor in the State University of Montana’s microbiology department.

The two became fascinated by the plants that grew around Yellowstone’s hot springs in soils that reach temperatures upwards of 140 degrees Fahrenheit. When they started looking more closely at the plants, they assumed they would find a genetic adaptation. “All ecology and developmental evolutionary theory told us that those plants were there because the plants made adjustments in their own genomes to accommodate for the stresses they endured,” Rodriguez said.

Instead, they found that these plants ability to survive in seemingly inhospitable conditions was the result of a symbiotic relationship with a particular type of fungus. It turned out that the same fungus had colonized each of the plants they examined. When Rodriguez and Redman removed the fungus, the plants quickly succumbed to the heat. It appeared that the existence of the fungus within the plant tissue actually enabled the plants to withstand the extreme temperatures.

Sure that they were onto something, Rodriguez and Redman founded two complementary organizations. They first launched the for-profit company, Adaptive Symbiotic Technologies (AST) in 2008. In 2012, they launched a non-profit arm of the project called Symbiogenics to conduct general research into ways that symbiotic relationships between plants and fungi could help to advance habitat restoration, combat invasive species, and provoke a balance shift between agricultural inputs and outputs. The joint organizations have been funded by a variety of grants from the National Science Foundation and the USDA, as well as from international funders and some commodity organizations.

“What we have done at ASP is to develop methods and formulations for being able to apply special microorganisms to seeds so the growers need only plant the seed,” Rodriguez explained. The microbes remain dormant until the seed germinates. Then the microorganisms colonize the roots, stems, and leaves of the shoots. While other companies offer microbial soil enhancements, Rodriguez and Redman wanted to take the guesswork out of microbial application. “We wanted to make this kind of a no-brainer. The problem with a lot of technologies that are out there is that they require more and more time and interaction from growers that are always under the gun to get stuff done,” Rodriguez said.

Last year, AST conducted 3 field trials designed to study how plants coupled with beneficial microbes might survive extreme heat, Rodriguez said. As it happened, the summer of 2012 was exceptionally dry in many areas of the country. Field trials in Michigan and Texas quickly became tests of drought resistance as well. The results were promising, he said. The plants with symbiotic fungal partners produced yields from 25 to 85 percent above those of the uncolonized plants, he said.

This year AST has set up 20 to 30 field trials in seven states testing corn, soybean, wheat, barley, and rice. While the major focus of the current research is on these staple cash crops, Rodriguez sees tremendous potential for diversified sustainable farmers as well. While some of the microbes that they work with are plant specific, Rodriguez and Redman are currently developing varieties that can benefit a wide variety of plants. “The nice thing about this technology is that you can apply it to any variety of seemingly any species,” he said.

The microbes seem to benefit the plants in three ways. Young plants produce more root mass before they send out shoots than untreated plants, they grow faster and bigger, especially during the seedling stages, and they develop stress tolerance of one form or another, Rodriguez said. He sees enormous potential in the ability to improve the crops tolerance to stressors. “Regardless of what people are growing, probably the biggest commodity is water in one form or another. If it’s dry land you are working, then you are at the mercy of how much water comes in the form of rain; if it’s irrigated land you are at the mercy of costs related to supplying that moisture,” he said.

Improving crops ability to withstand drought and excessive temperatures could not only help prevent the kind of crop losses seen during the American drought in 2012, but also enable farmers to farm more marginal lands both in the United States and in the developing world, he said. Developing tolerance to salinity is becoming increasingly important as well. In California, farmers have been irrigating the land for decades. As all that water evaporates, it leaves behind a salty residue that has become increasingly more concentrated over the years. In some areas reliance on coastal aquifers has led to salt water intrusion from nearby marine environments. As salt builds up in the soil, the land becomes unable to sustain agriculture; this is a major problem at a time when the world needs to ramp up agricultural production to support a swelling global population.

Rodriguez hopes that American farmers will be able to start growing seeds enriched with microbes by the 2014 growing season. Each state has it’s own regulatory structure, so he will have to apply for approval from each local branch of the USDA. He plans to start in the Midwest because they have been hit so hard by continuous droughts. The Southwestern states and California will be next. In the end he plans to seek approval in all 50 states. Eventually, he plans to lease the technology to existing seed suppliers to distribute the seeds. He expects that the microbially enhanced seeds will cost between 10 to 20 percent more than traditional seeds, but he believes that the increased yields will result in a return of 200 percent on that investment.

Over the long haul, Rodriguez plans to continue to develop new products that may contribute to more sustainable agriculture. “Our long term goal is to try and change the paradigm in which we grow the plants and go back to something that is much more like what goes on in natural ecosystems,” he said.