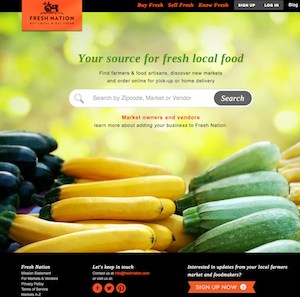 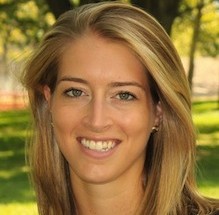 “I went into finance after college (Columbia University – political science), but my heart just wasn’t in it,” Goggin said. “So we decided that promoting small agriculture was something we could grab hold of.” END_OF_DOCUMENT_TOKEN_TO_BE_REPLACED 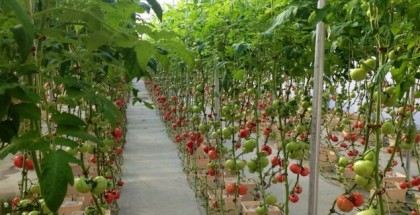 A simple passion for great tasting food and sustainability fueled the founding of Amelia’s Farm, a hydroponic farm based in Bells, Texas. Amelia Von Kennel, co-founder and executive vice president, and Ben Von Kennel, co-founder and chief executive officer, established the Farm in October 2011. The couple sold their house in Dallas, Texas, and moved their family ranch to Bells, Texas. Since the move, the Von Kennel’s focus has concerned strengthening the Amelia’s Farm brand, and building a 6,000 square-foot, commercial, hydroponic greenhouse. The Farm grows pesticide-free, non-GMO produce all year round.

I recently had a conversation with Amelia Von Kennel. She discussed how the couple started farming, why she and Ben value healthy food and how the Farm stays sustainable. END_OF_DOCUMENT_TOKEN_TO_BE_REPLACED

Rather than ‘Figure Out More Ways to Blow People Up’, Former NASA Engineer Seeks Solution to Feed World

When NASA ended its space shuttle program in 2011, a lot of the engineers and systems technology staff ended up heading to defense industry contracting firms. But Douglas Mallette, founder and CEO of Cybernated Farm Systems, says he wanted to help feed the world rather than “figure out more ways to blow people up.”

So he founded Cybernated Farm Systems with the idea of building a fully self-generating and sustainably-operating greenhouse growing system that could feed precisely 634 people for 30 years, leave a small carbon footprint and provide nutritious, organic, fresh food in a world of rising poverty and hunger. END_OF_DOCUMENT_TOKEN_TO_BE_REPLACED

It was a remote weather monitor and door controller for the guy’s chicken coop, set up through a short wave radio. This was a few years back when Alt didn’t know that something like that was even possible to rig up. END_OF_DOCUMENT_TOKEN_TO_BE_REPLACED