The Seeds Could Guide the Sun: Facing Sonny Perdue as Secretary of Ag

Facing a 21 percent budget cut under the new White House Administration, the United States Department of Agriculture (USDA) is looking for a strong advocate in the President’s cabinet. Today, former governor of Georgia Sonny Perdue (R) faces his full Senate hearing. Perdue’s hearing before the Committee on Agriculture, Nutrition and Forestry, better known as the Ag Committee, and the late announcement of this position by the new president, has many in the world of sustainable agriculture concerned for farming’s importance, especially urban farming, in the White House’s agenda.

Perdue was raised on a “dairy and diversified row crop farm” in Bonaire in rural Georgia. His dad was a farmer and his mother a teacher. He has a doctorate in veterinary medicine. Perdue has a successful grain storage business with ties to the international agriculture trade. END_OF_DOCUMENT_TOKEN_TO_BE_REPLACED

The organizers of the upcoming Grow Local OC: Future of Urban Food Systems Conference are incredibly excited to have Karen Ross, Secretary of the California Dept. and Food Agriculture deliver the conference’s keynote address, which will explore the importance of agriculture and the development of robust local food systems in cities.

Secretary Ross, whom Politico recently reported is at the top of presidential candidate Hilary Clinton’s USDA Ag Secretary list, will discuss how cities and urban oriented counties across California, and beyond, can develop greater capacity for urban ag and innovative growing endeavors, work more effectively with regional growers, increase food security and access, create an equitable food system in Orange County and SoCal, and more! END_OF_DOCUMENT_TOKEN_TO_BE_REPLACED 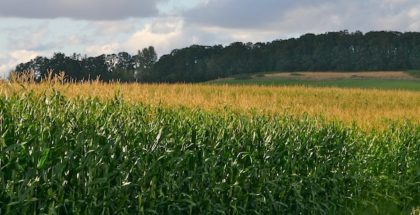 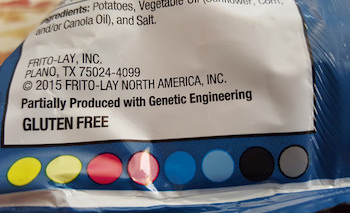 Opponents of mandatory labeling argue that labeling genetically engineered foods will imply that those products are unsafe, which they say would be misleading since the FDA and other organizations have determined that genetically engineered foods are safe for human consumption. Those in favor of mandatory labeling, on the other hand, say that consumers have a right to know and to choose whether or not the food that they consume contains genetically modified ingredients. END_OF_DOCUMENT_TOKEN_TO_BE_REPLACED

Two decades later, support for the landmark initiative is still contentious. With the original SOAR restrictions getting ready to expire in 2020, Ventura residents, farmers, and officials are putting together competing ballot initiatives for this November’s election cycle to decide the future direction of the program. END_OF_DOCUMENT_TOKEN_TO_BE_REPLACED

We’ve rounded up 5 precision ideas that have emerged in a big way in the past several years, and are poised to change food production as we know it. END_OF_DOCUMENT_TOKEN_TO_BE_REPLACED