Their voices are among many LGBTQ (lesbian, gay, bisexual, transgender, queer) farmers who strive to be true to themselves—not only in terms of vocation, but also regarding their core selves as expressed through sexual orientation and gender identity. This can be difficult, but a number of organizations are engaged in some serious advocacy work to help LGBTQ farmers live up to and into their truest selves. END_OF_DOCUMENT_TOKEN_TO_BE_REPLACED

This growing practice has not only captured the imagination of the media, but it has also attracted entrepreneurs and investors. A container farm’s size, cost and ability to grow in extreme temperatures have made it a great indoor farming option. Here are their five top advantages: END_OF_DOCUMENT_TOKEN_TO_BE_REPLACED

“Shepherding one generation to the next is our responsibility. We want to help new farmers, veterans, and people transitioning from other industries to agriculture,” said Secretary Perdue. “They need land, equipment, and access to capital, but they also need advice and guidance. That’s what SCORE is all about.” END_OF_DOCUMENT_TOKEN_TO_BE_REPLACED 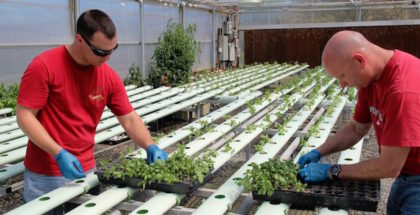 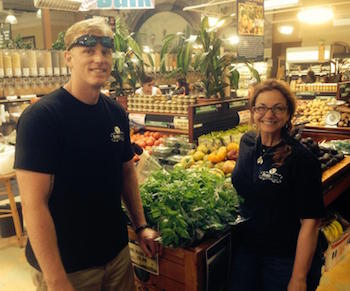 The AISA learning center is based in Valley Center, California, near San Diego, and offers its students instruction in everything from sustainable agribusiness and farming production methods to business development and planning during a six-week course on founders’ Colin and Karen Archipley’s farmland. END_OF_DOCUMENT_TOKEN_TO_BE_REPLACED

Press Release – WASHINGTON, Oct. 20, 2016 – The U.S. Department of Agriculture (USDA) today announced the availability of a streamlined version of USDA guaranteed loans, which are tailored for smaller scale farms and urban producers. The program, called EZ Guarantee Loans, uses a simplified application process to help beginning, small, underserved and family farmers and ranchers apply for loans of up to $100,000 from USDA-approved lenders to purchase farmland or finance agricultural operations.

“Over the past seven years, we have been transforming our loan programs at USDA so that they can be attainable and useful to all kinds and sizes of producers,” said Agriculture Secretary Tom Vilsack. “These EZ Guarantee Loans will help beginning and underserved farmers obtain the capital they need to get their operations off the ground, and they can also be helpful to those who have been farming for some time but need extra help to expand or modernize their operations. USDA’s Farm Service Agency has offices in nearly every county in the country, and we encourage all farmers, including those in urban areas, to stop in and inquire about this program.” END_OF_DOCUMENT_TOKEN_TO_BE_REPLACED