Eastern Wyoming is cattle country, a place where both traditional and grass fed beef ranches punctuate a landscape of rolling hills and sweeping plains all just a truck or horse ride away from the legendary Platte River. If you’ve never had a steak from a cow that’s spent its life absentmindedly meandering the wide open ranges and drinking the fresh clean water of Wyoming, then you’ve never had a good steak.

Thousands of Wyoming cattle make their way to South Dakota, Nebraska and across the country every year mostly due to a lack of slaughtering plants in The Equality State. This means ranchers are taking local meat and revenue out of state and local beef away from local consumers. Unfortunately, it is not economically viable for many small producers to pay for processing locally. The recently passed School Protein Enhancement Project Act 52 SF0123 hopes to ensure local Wyoming children have that local Wyoming meat in their school lunches while saving local school districts some much needed moolah. END_OF_DOCUMENT_TOKEN_TO_BE_REPLACED

At the root of Louisville, Kentucky’s ongoing and successful local food system implementation, which has generated considerable community and economic capital, is data.

A principal objective of Mayor Greg Fischer’s Six-Year Strategic Plan outlined in 2012-2013 to create new jobs and stimulate the economic development, is to develop ways to promote the city’s local food economy. Toward this end, three studies were conducted by the Local Food Economy Work Group, made up of elected officials from six counties and two cities, to gauge the needs of farmers and consumers pertaining to demand for local foods.

One of the studies showed that of Louisville’s $2 billion in food purchases a year, only $300,000 was going toward local food, and consumers and commercial buyers wanted to at least double that amount if opportunities were available. Another study highlighted the desire of local farmers to reach larger markets. END_OF_DOCUMENT_TOKEN_TO_BE_REPLACED

If not for Mark Lowry and Orange County Sheriff Sandra Hutchens, “The Farm,” rather than providing inmates with meaningful work and the Orange County Food Bank with a weekly abundance of fresh produce, would be nothing more than the nickname for the James A. Musick Facility jail in Irvine, California.

It was at an Orange County Sheriff’s Department volunteer recognition event where Lowry, the director of the Orange County Food Bank, first learned of the jail farm’s history. From 1963 until its closure during the economic downturn of 2008-2009, the inmate operated farm had grown produce and maintained a livestock operation. END_OF_DOCUMENT_TOKEN_TO_BE_REPLACED 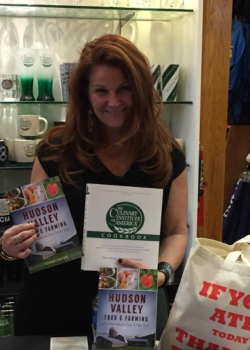 As she grew into an ambitious communications professional, Edick found an unlikely synergy between her early farm experiences and her love of boutique culture. Beginning with her own label of specialty jarred sauces–Sauces N’ Love—that ended up selling in 4,000 stores nationally within its first five years, Edick continued to carve out a niche for herself as a food product development pro. She created lines for Tom Colicchio, Todd English, and several major retail companies, and in 2010 established her own consulting and development company called Culinary Partnership that offers everything from co-packing to TV production services. END_OF_DOCUMENT_TOKEN_TO_BE_REPLACED 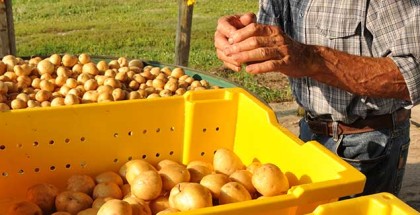 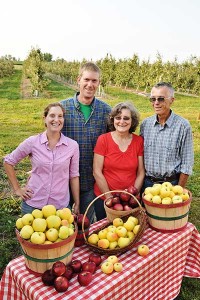 Mercy Medical Center in Cedar Rapids, Iowa is dedicated to serving its patients, staff, and visitors the best food Iowa has to offer. And thanks to a few handfuls of local, Iowa farms, the hospital has been able to maintain that standard.

One of the companies that helps Mercy Medical obtain fresh produce and goods is Iowa Choice Harvest. The Marshalltown, Iowa company has partnered with the hospital since 2015. It is dedicated to helping farms across Iowa find customers and co-processes and co-packs for existing and start-up businesses in the Midwest.

“We began planning in 2006 and began production in 2013,” says Sung Hee Grittmann, sales coordinator for Iowa Choice Harvest. “Iowa Choice Harvest is the brainchild of an innovative group of farmers who are passionate about establishing a viable local food system while simultaneously supporting Iowa farmers and creating new economies. END_OF_DOCUMENT_TOKEN_TO_BE_REPLACED