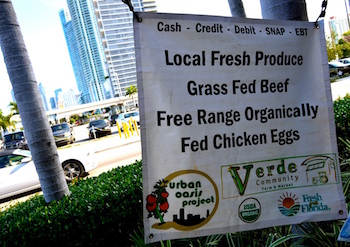 Although Miami is a big city located in the agriculture-rich state of Florida, Friedrich found when he moved there that the sustainable food scene—one that would also help those who are lower income—was small. “It’s more based on image here, not reality and a nitty-gritty work ethic,” he says. This contrasted with Friedrich’s experience of living in New England and St. Louis, where sustainable farming is more common. END_OF_DOCUMENT_TOKEN_TO_BE_REPLACED 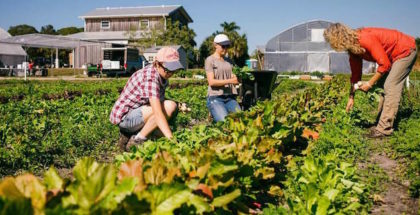 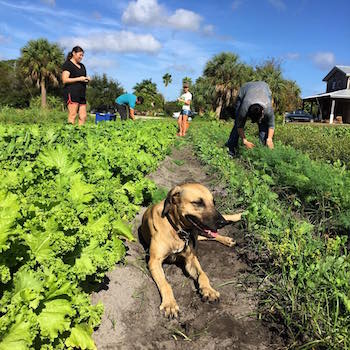 The land itself where Geraldson is located has been agriculture-focused for decades, and the original owners sold the land to Manatee County with the caveat that it had to be used for agriculture. An arrangement was made with Florida West Coast Resource Conservation & Development, which funded the farm originally when it began in 2007. Leonard, a former behavioral therapist, got started with the farm as a volunteer and loved it so much, she stayed on. END_OF_DOCUMENT_TOKEN_TO_BE_REPLACED 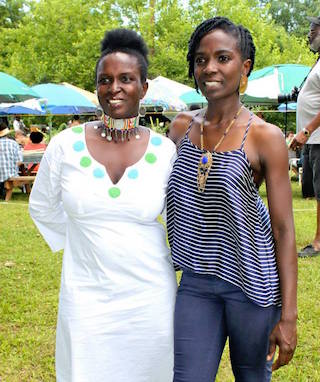 Their interest in farming began in 2010, when they helped a local church that was growing food onsite to distribute produce to local markets. Norman and her partner Gatungo had no background in farming, except that they had grandparents and great grandparents who were farmers. END_OF_DOCUMENT_TOKEN_TO_BE_REPLACED 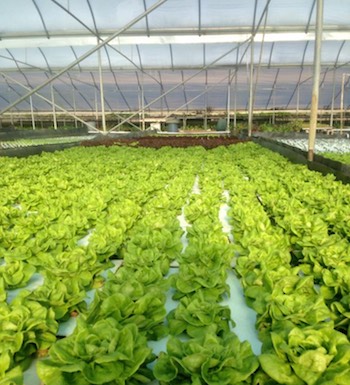 Palmer comes from a background in home building, and he never focused on farming as a career. When growing up, everyone around him, including his family, lived on a small farm. It never seemed like something unique. END_OF_DOCUMENT_TOKEN_TO_BE_REPLACED 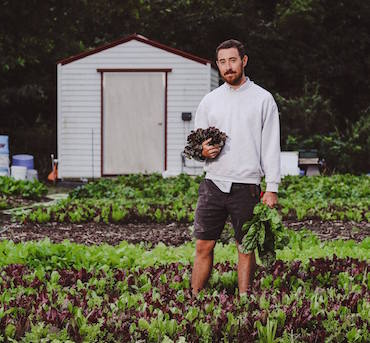 Yet when returning home one winter about three years ago, they broached the idea of starting a farm. “We started to talk about what our town needs,” Meier says. “We thought about a community space, food, fun, and art.” After finding a spot in downtown Stuart, they officially opened in March 2015. END_OF_DOCUMENT_TOKEN_TO_BE_REPLACED