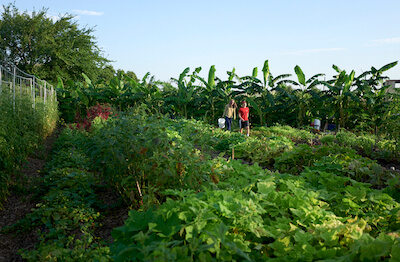 The farm is still in its formative years, but the brothers hope to use small business resources, like those offered through the USDA, to continue to grow the company. Thomas and Daniel both say they’re committed to the long-haul of making urban farming as successful as any other small business.