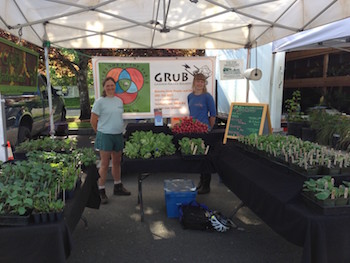 Across the country, cities and suburbs continue to swell and push outward beyond the rural urban divide threatening small local farmers and food systems. Agricultural landholders are increasingly succumbing to offers from developers that far surpass the lease fees that they could obtain were they to continue to lease their lands to farmers. As a result, in certain counties and cities, what farmland remains is often priced beyond what most farmers can afford, or else it is offered for short-term lease periods. These leases often conclude abruptly with the sale of the land to a developer leaving the farmer left looking for a new plot of land on which to farm.

The tri-county region south of Puget Sound in Washington is one such area where significant urbanization pressures are posing challenges to those who wish to farm its lands. To tackle these challenges and help insure that local food and farming systems remain and flourish in the area, the South of the Sound Community Farm Land Trust based in Olympia Washington employs an innovative model of farmland preservation to insure that farmers have access to land at affordable lease rates.

Here’s how it works: using the community farm land trust model of farmland preservation, a non-profit land trust purchases farmland with the help of federal, state, and local grant funds. Once acquired, the land trust leases the land to farmers under the terms of a 99-year, renewable, inheritable land lease. The farmer lessee purchases the farm’s buildings on leased land, but the farm land trust owns the land in perpetuity for local food production.

“In our area, the cost of farmland keeps going up due to development pressure, so it is increasingly more difficult for local farmers to afford the purchase price of good farmland,” says Mary Ann Swain, Director of Farmland Preservation at South of the Sound Community Farm Land Trust. “This model of working farmland preservation allows the farmer to gain long-term land security through the terms of a 99-year lease. Farmers also have the opportunity to build equity by purchasing farm buildings.”

The community farm land trust model of farmland preservation goes one step further than most traditional conservation easements, which prevent the land from being subdivided for development. The community farm land trust model ensures that the land will continue to be farmed for local food production, while keeping the land affordable for future generations of farmers. This model was originally pioneered by Equity Trust, a farmland preservation group based out of Massachusetts. Preserving working landscapes for local food production is a primary goal for farm land trusts, as over one million acres of farmland is lost every year.

One of the beneficiaries of the South of the Sound Community Farm Land Trust is GRuB (Garden Raised Bounty), an urban agricultural non-profit that works with at risk youth in the South Sound area. At the request of GRuB, the farmland trust was able to preserve 1.18 acres of urban farmland, which will continue to be used by GRuB to grow food for the community. The land which was zoned for development, had been leased by GRuB from a private landowner whose heirs needed to sell the land. The farmland trust was able to step in, and obtain grant funding from the county to acquire the land. Once preserved, South of the Sound Community Farm Land Trust was able to offer an affordable 99-year lease to GRuB. The program is a natural fit for the trust as it supports future farmers, local food production, and farming education.

Identifying land to preserve is a process that involves touring available farms, with an emphasis placed on preserving larger parcels with healthy soil and water rights. Infrastructure such as an irrigation system, barns and farm house are preferred. The process takes time, typically at least two years from when a farm to be preserved is identified to when the sale of the farm closes.

For farm owners who want to see their farm preserved as working farmland but are not ready to sell their land, or who want to pass on their farm to their heirs, South of the Sound Community Farm Land Trust can provide two options: The first is an agricultural conservation easement with the farmland trust being given a first right of refusal to purchase the farm if it is sold. The second option is for the farmland trust to purchase the farm with a life estate. A life estate gives the farm owner the right to live in his home for the rest of his life, while receiving income from the sale of the farm.

As cities swell beyond their traditional urban borders, land trust models such as those being facilitated and implemented by South of the Sound Community Farm Land Trust will play prominent a role in preserving farmland for farmers of the future.