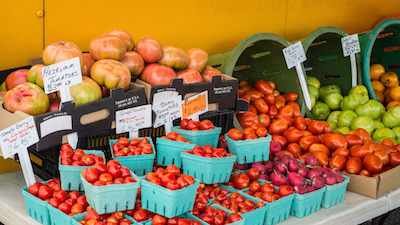 By September 30, 2017, the USDA plans to increase investments across its New and Beginning Farmer and Rancher Program by $5.6 billion over two years. During this period, targeted outreach and technical assistance initiatives aim to increase participation in the program by 6.6 percent.

“We’ve got a big challenge in front of us—new farmers are hard to find,” said Lilia McFarland, USDA New and Beginning Farmer and Rancher Program coordinator.

In the latest census of agriculture conducted in 2012, the median age of a farmer in the United States was 58.3. That number has risen steadily since 1983’s average age of 50.5. The number of new farms in the country also saw a sharp decline between the 2012 census and the previous 2007 census. Almost 20 percent fewer farms were in operation for a decade or less, and more than 23 percent fewer farms were in operation less than five years.

“The USDA came out with a survey in 2015 that found over the next five years, 10 percent of American farmland is expected to change hands,” McFarland said.

To help connect new farmers and ranchers with resources, the USDA launched a Resources for New Farmers website and launched a pilot program called Bridges to Opportunity in local offices across the country. The goal is to have the Bridges program nationwide, and it’s currently available in 20 states.

Staff members in these offices are trained to help beginning farmers and ranchers navigate the myriad financial and technical assistance programs offered through the USDA and state and local partner organizations.

For example, beginning organic farmers can request information about organic farming resources and assistance programs, and a USDA Farm Service Agency agent will locate local, state and federal information from the Bridges database.

“There is no more excited or enthusiastic group than beginning farmers—we see that when they come in [to local offices]. The website has become the number one resource site on the USDA site,” McFarland said.

Some of the major changes in the 2014 Farm Bill that affect new and beginning farmers include federal crop insurance premium assistance and a change to the acreage limitation threshold which gives more small farms access to federal loans. Federal microloans also underwent a change, with the borrowing limit increased from $35,000 to $50,000; and loans can now be used for operations or land ownership.

McFarland said of the 20,000 people served through the microloan program, 70 percent were new and beginning farmers.

“We’re really looking across the board to support healthy levels of participation to help people who are involved in these initial first years. We want them to get started and also attain longevity,” she said.

Another new initiative is the Urban Agriculture Toolkit, which provides information on financing and technical assistance programs for small-scale urban and niche farmers. Frederick Douglass High School in Baltimore was chosen as the launching point for the program in April 2016.

One example is the USDA Animal and Plant Health Inspection Service, which can help farmers and ranchers make a plan to control invasive plant species or deal with animal predators.

McFarland recommends new and beginning farmers and ranchers make an appointment at a local USDA office for individual assistance.