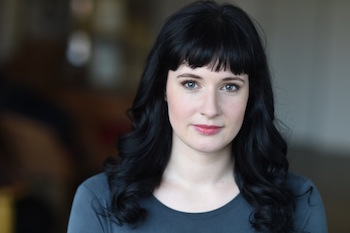 While it may have the eye-catching photography typical of most fancy cookbooks, Good and Cheap: Eat Well on $4/Day, is a cookbook for the roughly 44 million Americans, (according to current USDA data) who receive SNAP benefits.

The cookbook is the brainchild of Leanne Brown, who was working toward her master’s degree in Food Studies at New York University and decided that she didn’t want to write “[J]ust another paper that would just be of interest to academics, but something that could be more widely applied and that would be of use to a lot of the people that I was working with.”

Having studied the issues faced by food stamp, or Supplemental Nutrition Assistance Program (SNAP), recipients, Brown elected to write a cookbook for her master’s thesis intended for those whose food budget is dictated by their monthly $126 per person SNAP benefits. It features recipes that are healthy, flavorful and easier to prepare than the complicated and ingredient-heavy dishes usually found in books of this genre.

They are also very adaptable. Brown is well aware of seasonal and regional fluctuations in food costs, so she writes her recipes to allow for a broad range of ingredient substitutions. As she notes, “The reality is that food costs are so vastly different in different parts of the country–it is more expensive to buy food in New York than in rural Kansas.“ Because of this, the Good and Cheap recipes are tailor-made for ingredient swapping, especially fruits and vegetables, to take advantage of local availability, price, and even regional taste.

Appropriately, Good and Cheap is free via download from Brown’s website. As she notes, “It’s a cookbook for people living on food stamps and so that obviously means there’s no room in the budget to purchase a cookbook.” Also popular with students, seniors on limited incomes and anyone trying to stretch their food dollars, the book was an instant hit. It generated so much interest that Brown started a crowd-funding campaign to pay for a print run to get it out to a wider audience.

The campaign was set up on a buy one, get one donated system, and the original goal was $10,000. However, there was so much participation from people wanting to help out that the final tally came to just under $145,000. It also yielded a publisher, Workman Publishing, for the book. This came as a real surprise to Brown. As she relates, “When I first started hearing from publishers, I said, ‘Umm, what are you guys doing? You know I’m giving away books for free, right? That’s not your business model!” However, they liked what they saw, and the book is now available as a ‘buy one, one will be donated’ purchase through outlets such as Amazon and Barnes and Noble.

While Brown is proud of the book’s popularity and success, she is also happy that it has created conversations around the food security and access issues faced by low income Americans. She notes that the prevalence of people needing financial assistance to buy their food is something that is rarely discussed openly—even by recipients themselves. She says, “It is just not a thing that people talk about because there is this overwhelming sense, which is utterly unfair and unfounded, that it’s your fault that this has happened.”

The success of the crowd-funding campaign taught Brown that people do care about the issue. As she says, “This is something that anyone wants to stand for, but it is such a hidden problem even though it is so prevalent.” To get America’s hunger and food insecurity issues front and center, she would like the media to “tell the stories of normal people, of the millions of millions of people who are living with these issues, rather than just sort of, ‘Oh, you know, a celebrity is taking a SNAP challenge’ or whatever.” While saying that such stories are newsworthy in their own right, she says, “It would be actually be more interesting to hear about the family of four where someone has been laid off and someone else got sick and here’s what we are dealing with. Those are sort of the stories that are incredibly interesting. There are stories to tell that are so important.”