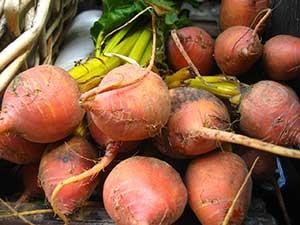 Beginning gardeners should always be prepared to garden imperfectly and learn as they go. You can make a lot of mistakes and still have a good time and pull some food out of the ground while you’re at it.

But the one area where you can’t afford to mess around–especially when gardening with children or pregnant women–is with soil contamination. Unfortunately, there are few centralized resources on urban soils and soil testing, and some dispute over what constitutes an acceptable level of various soil contaminants. However, it’s important to at least be making informed decisions about where to grow and how to grow there. Here are five key things you should be thinking about when gardening in an urban environment:

Urban pollution is scattershot. Just because one lot is polluted doesn’t mean the lots on either side are. But you won’t know any of this unless you do a soil test. Soil tests are available from various state extensions, including the University of Massachusetts at Amherst, which has a relatively inexpensive test for lead.

Lead levels of less that 200-300 parts per million are generally assumed to be safe. This is very important for children and fetuses whose developing neurological systems are vulnerable to the effects of lead poisoning. To do a soil test, imagine a grid overlaying your planned garden and take samples from 10 to 20 points along that grid–excluding any un-decomposed organic matter. Mix this soil up in a plastic bucket to form a composite and then take a cup of this mixture to send in for testing. If you have reason to believe one area may be polluted while another may not, separate tests to avoid getting an average of polluted and unpolluted patches.

You might need to test for more than lead.

“I feel like only testing for lead is a fairly dangerous idea – as it assumes nothing else is there,”  says Patrick Crouch from Earthworks Urban Farm in Detroit. Crouch recommends doing research your area to narrow down potential problems. Talking with neighbors and other gardeners in your area is a great first step in this process. Multiple-contaminant soil testing may cost $500 or more, which may be out of the reach of many gardeners. However, if you can identify likely pollutants that are most problematic in your area, you can test for fewer items.

Sanborn Maps are a good resource for figuring out your local soil situation. These maps were originally created to estimate fire insurance in urban areas and are often available at libraries. They can give the urban gardener a good overview of the different types of properties that may once have occupied a parcel of land since urbanization, allowing her to cross-index this with a list of possible pollutants.

Finding a new place to grow is likely easier than trying to improve polluted soil. Soil remediation takes a long time and is often financially out of reach for the average gardener. However, in many cities, there is plenty of land around, especially if you’re willing to make friends with a local church or community organization that has extra land. In many cases, they would be happy to see their land turned into a garden.

Alternatively, you might build raised beds or a container garden, so long as the soil is sealed off using geo-textile fabric or mulch or both.

Lead is more likely to enter the body through the soil itself than plants. Protecting yourself from lead and other soil contaminants means proper handling. Root crops, for example, are likely to have contaminated soil attached to them and should be peeled. Covering soil with mulch or landscape fabric, leaving muddy tools and boots outside of the house, and taking extra care to protect our youngest gardeners who have a tendency to put their hands in the soil and then put their hands in their mouths are all important actions.

5.Work the soil with plenty of organic matter

Urban soils are often disturbed and compacted, have low amounts of organic matter and are littered with bricks and other objects that make cultivation difficult. These factors can make it hard for the soil to supply plants with nutrients, absorb and hold water and provide an easy planting bed for gardeners. A soil test will let the gardener know if anything needs to be done to alter the pH or possibly add other nutrients.

Otherwise, the most important thing the urban gardener can do is add a lot organic matter in the form of compost, composted manure, or mulch like straw and leaves. This also helps improve a soil’s water and nutrient holding capacities, makes it easier for roots and earthworms to penetrate the soil and feeds the microbes that in turn feed plants in an organic system.

In the first year or two of organic growing, an organic fertilizer of some kind may be necessary to augment the organic matter and produce a decent crop. Don’t fret though, if urban soils are low in organic matter, urban areas are high in it. Spoiled vegetables, your neighbors’ lawn and leaf waste and other bits of offal are widely available and can transform a poor soil into a good one in a matter of years.

Also, consider the advantages of cover crops like white clover, hairy vetch and buckwheat to occupy fallow spaces and walkways. This is a great way to add organic matter without having to work very hard and provides a number of other benefits like keeping moisture in the soil, providing forage for bees and beneficial insects and–in the case of clover and vetch–fixing nitrogen in the soil.