Los Angeles School District Says ‘No’ to Hormones and Antibiotics 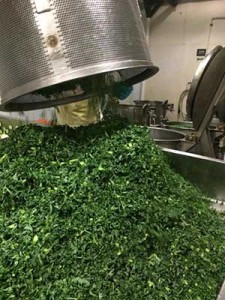 School meals consumed by the 732,833 students enrolled at 1,274 schools in the Los Angeles Unified School District will soon include chicken that is free of hormones and antibiotics.

In a vote on March 8, LAUSD became the nation’s first school district of its size to require hormone- and antibiotic-free chicken. Full changes will take effect in fall 2017.

Due to LAUSD’s size and influence, it expects this new approach to have national implications. Indeed, the resolution reads: “Thoughtful purchasing practices throughout the District can nationally impact the creation and availability of a local, sustainable good food system.”

LAUSD is far from the only school district in the country with an interest in sustainable food. It collaborates with school districts in New York City, Chicago, Dallas, Miami and Orlando to exchange ideas about good food policy. To enhance their collective efforts all six districts are part of the Urban School Food Alliance, which aims to change school meals for the better.

It is hoped that if/as other school districts follow suit, serving school lunches with hormone- and antibiotic-free chicken will become less expensive. For now, LAUSD will have to spend more. According to Laura Benavidez, co-director of food services for the District, LAUSD will pay 67 percent more for chicken from its new supplier, Gold Star Foods in Ontario, California. The new deal is for five years and worth $20 million. LAUSD’s old contract was with Tyson Foods.

“LAUSD is a founding member of the Urban School Food Alliance,” says Benavidez, co-director of food services for the district. “The alliance expands purchasing power to change the market.”

Tyson has noticed, and is already adjusting the way it produces chicken so it can keep up with what customers want. The company announced in a press release that it intends to cease the use of human antibiotics from its U.S. broiler chicken flocks by September 30, 2017.

Ultimately the objective is the good health of students who attend LAUSD schools. Already the District has slashed the amounts of fat, salt and sugar in its food offerings; has increased the availability of fresh fruits and vegetables; and has eliminated the sale of soda and junk food on its campuses.

“Providing the best possible, highest quality food for students shouldn’t be a privilege, it should be a right,” says Benavidez.

Students, many of whom want to eat healthily and nutritiously, are partners in this effort.

“We include student representatives on the Board of Education,” says Ellen Morgan, LAUSD communications officer. “It’s a student-driven menu.”

Another goal, according to Morgan, is improving the aesthetics of food and the way it’s presented. An example is cutlery—apparently, quite a few students dislike using a “spork” (combination of spoon and fork).

“Knives and forks are being used at home, can we have that?” says Morgan of what numerous students have voiced.

Striving to feed its students the best food possible is an ongoing journey, and it can be difficult to meet high standards when LAUSD serves thousands of meals a day. Morgan says the District tries to obtain all of its food ingredients from within a 200-mile radius of the city, but sometimes does not meet this aim. Similarly, not all of the food the District serves lives up to Good Food Purchasing Guidelines standards.

“We procure ‘good food’ when we can,” says Morgan.