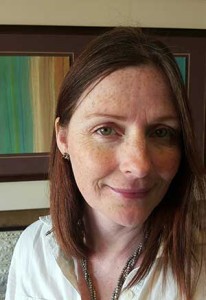 For Christina Hall, executive director of Orange County Food Access Coalition, it all began in a garden. A community garden, that is, where Hall first learned about food access challenges.

Even though Hall had been involved with social justice issues such as air quality and right to water, it wasn’t until about 10 years ago that the concept of food inequity entered the picture. For this she thanks her daughter, who was in eighth grade at the time.

“They started a community garden after school,” says Hall. “At that point I had a black thumb—I couldn’t even keep a cactus alive.”

She learned how to grow food, but more importantly, her eyes were opened to a widespread lack of food access in Orange County. This spurred her to go back to school in 2010, and two years later Hall earned a master’s degree in urban sustainability (with a focus on community gardens and food justice) from Antioch University. Her hands-on experience complemented her formal graduate education.

“It was during my work in a community garden that I realized how disconnected we are from the food system to begin with,” she says. “You don’t realize how much work goes into it until you do it for yourself.”

At Antioch as well as through her gardening work, Hall learned about sordid histories and current obstacles that continue to impede equitable food access. Present challenges include high costs of food, lack of efficient food transportation, and immigration and labor issues.

According to Hall, social inequity has been and continues to pose a problem. She cites practices of redlining, segregation and racism.

“The food system was built on labor injustices,” she says. “For example, Japanese farmers were interned during World War II.”

As Hall continued her community garden work and started her graduate education in 2010, a new organization was being developed—the Orange County Food Access Coalition. With an emphasis on policy advocacy, it aimed at discovering unmet needs in the county.

Hall joined this group in April 2010, representing her community garden, and soon became a work group chair. In February 2013, she assumed the task of program coordinator for the Coalition, and in July 2014 was named its executive director.

As director, one of Hall’s main objectives is to create a multitude of collaborations in the county to bolster food access.

“Orange County is a challenging place,” she says. “It’s an expensive brand, but with high levels of poverty and food insecurity. We hide that very well.”

One of her main objectives is education. She remembers first becoming aware of food inequities and hopes others will learn like she did and work with or alongside the Coalition.

“Education is one of the many things we have to do right now,” Hall says. “We educate about public health and food insecurity.”

Hall has served as sustainability and justice director for The Grain Project in Santa Ana, an organization which develops and promotes farmers’ markets, community gardens and public art. She also founded Sprouting Justice, a group of youth health ambassadors in Garden Grove. She serves as board chair of the Orange County Sustainability Cooperative, and teaches in the food science department at Chapman University.

Hall credits Gilda Haas, a sustainable urban planning professor at Antioch University and the University of California, Los Angeles, for serving as a key mentor and role model. And she continues to be grateful for her daughter who led her to community gardening and, ultimately, so much more.

Her future goals center on bringing other people into the fold.

“I want to enhance community outreach,” she says. “As the food movement has exploded, we can work with community members in visibly different ways.”