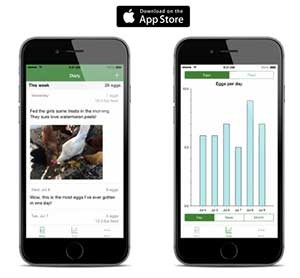 With credentials as a software engineer at both Google and Twitter, Lee quit his job at Twitter to focus on consulting and technology development in sustainable agriculture.

According to Lee,  more focus is needed on pressing issues of public health and climate change. Although agriculture is topping his list right now, Lee also cares deeply about education, the environment, health and poverty alleviation.

“I realized there were many problems with conventional agriculture,” says the MIT graduate about his desire to help farmers. “There is a lot of work to be done, and this is a way that I can help.”

One way to do this, according to Lee,  is to inject some tech into the lives of farmers and assist them in connecting to public data to help them manage their businesses.

“I saw a need for farmers to be more comfortable with technology and I have found a way to bridge that gap,” says Lee. “I was able to meet the Secretary of Agriculture, and he became interested in sharing data.”

Lee’s relationship with food production began with a love of food itself. It was when he read Michael Pollan’s seminal tome The Omnivore’s Dilemma that he began to research the dynamics of the local food movement and the consequences of industrial agriculture. Once Lee began practicing permaculture in his life, he went to work developing the FarmPlenty app.

The app collects information from the USDA National Agriculture Statistics Service (NASS) aerial database and aggregates economic data and agricultural research through the Economic Research Service (ERS) and Agricultural Research Management Survey (ARMS). The data integrates with a tool to allow farmers to plan and manage their operations. For example, farmers can access market data for crops within a five-mile radius.

The application won the Grand Prize at the USDA-Microsoft Innovation Challenge. Since then, Lee has been expanding upon his vision for FarmPlenty. His poultry app FlockPlenty has the most users, and he is working to incorporate a pasture management design program into the app. Eventually, the app will be able to show broader trends in the market based on additional USDA data as well as weather trends. Lee also wants to incorporate information from farmers themselves.

With such a tech-heavy background and over fifteen years as a software engineer, Lee knows he makes an unlikely agricultural enthusiast. But he says some of his most enjoyable activities are raising chickens and spending time with his wife and daughters. And he’s dedicated to making a change in the industry.

“Right now it’s a challenge because a lot of farms are growing commodity crops for which there are federal subsidies. This is why we need continued action,”  he says.

Lee speaks with excitement about the future of food and agriculture and hopes that his forthcoming pasture design app will be able to help with goals such as carbon sequestration. He makes a case for the role that data and technology can play in solving pressing societal problems.

And despite the attention that Lee has received for his work, he believes that there is still much to be done.

He’d like to see greater biodiversity and expanded use of permaculture principles in agriculture. He also sees the need for continued work in no-till farming and fertilizer reduction as well as changes to federal and local food policy.

“The goal now is to help small farmers turn a profit,” Lee explains. “It’s about blending what is possible with what is profitable.”

And it’s also about saving growers time in what can be an overwhelming amount of daily labor.

“As more data is collected we have more potential to use it, which could have a big impact in the day-to-day farm operations,” says Lee.