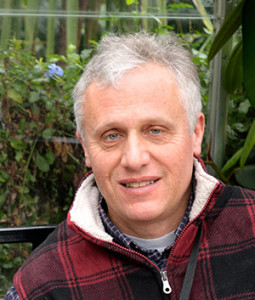 The program is making nearly $400,000 in grant monies available to local small businesses under the Local Agriculture and Seafood Act (LASA) and Farm Viability programs. The goal is to increase the competitiveness of Rhode Island agricultural products in the marketplace while helping local farmers and food partners grow their businesses.

“But that dynamic is changing as the food sector becomes more energized. It’s now about 50/50, and it may change even more in the future. The last ten or fifteen years, especially the past five, we’ve seen the rise of a really dynamic food culture and a strong restaurant scene.”

The LASA grant program provides awards up to $20,000 to new and small farmers, producer groups, and non-profits for both program and capital projects to support the growth and sustainability of Rhode Island’s farming, aquaculture, and seafood industries.

“We would like to help seafood follow the pathway that agriculture has been taking,” says Ayers. “The seafood initiative is a relatively new endeavor for us; the last funding was done by a state consortium 20 years ago. We decided it was time to reengage because we have some important ports and products — we land more squid than any other state in the U.S. The market is still largely wholesale, as agriculture was 40 or 50 years ago. We want to divert at least some of that catch to local retail.”

On land, the Farm Viability Grant Program made possible by the U.S. Department of Agriculture (USDA) Specialty Crop Block Grant Program supports efforts to increase specialty crop production and grow the marketplace for these crops in Rhode Island. Specialty crops are defined as fruits and vegetables, dried fruit, tree nuts, and nursery crops, including floriculture and turf grass.

Ayers says the money will boost a trend that’s already in progress, toward small, retail-focused farms with an emphasis on innovative technique and a strong grower/eater connection. “In the 20th century, just as in most of the northeastern US, the amount of land in agriculture took a sharp curve downward,” he says. “Right now, about 11 percent of our land is agricultural, with some of that being woods and wetlands. But the amount of land being returned to agriculture is 44 percent higher than it was ten years ago. There’s a real resurgence — a lot of new young educated farmers, excited about making changes.”

A huge challenge is the cost of land; Rhode Island has some of the most expensive real estate values in the country. But Ayers says the grant monies are not the only initiative his department is taking to boost small agriculture and keep Rhode Island green.

“We’re trying to avoid the trend of new farmers starting here with an acre or three and then having to leave to get more space,” he says. “We lease two state-owned farms to a land trust for a dollar a year, and they sublet to farmers — one is 55 acres, the other 100 acres. And a bond issue we did a few years ago allows us not just to protect land but to buy it and resell it to farmers.”

But Ayers acknowledges that these efforts will take some time to bear fruit.

“The changes we need are not going to happen overnight. These are challenging times, but there is a lot of very interesting stuff going on.”