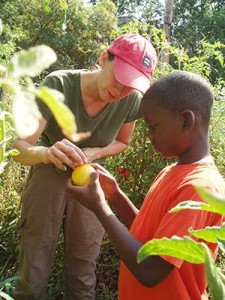 Despite being ranked second in the country for the number of farms in 2007 and having 66 percent of its land in agriculture, Missouri has a serious food insecurity problem.

A recently completed study by the Missouri Foundation for Health indicates that the state ranks sixth worst in the U.S. for food insecurity, affecting one in five households with children.

“We are an agricultural state, but a lot of what is grown is exported,” says MFH vice president of policy Ryan Barker. “Even in rural areas, access is difficult. And of course, income and ability to obtain healthy food play a major role.”

The United Nations Food and Agriculture Organization defines food security as a situation that exists when all people, at all times, have physical, social and economic access to sufficient, safe and nutritious food to meet their dietary needs and food preferences for an active and healthy life.

According to the report, common characteristics of those who are food insecure in Missouri include low-income households, households headed by a single parent, an African-American or Hispanic person, and households located within a principal city of a metropolitan area,/ Individuals who are renters, younger in age and less educated are more likely to be food insecure.

“Our internal policy shop analyzed the available data, pulling out the Missouri pieces from national studies and creating a comprehensive study,” Barker says. “One of my staff also traveled the state and interviewed people working in food to get regional highlights. We started in 2015; it took about a year to put together.”

Food insecurity rates have been rising in Missouri for the last 10 years.

“Food insecurity in Missouri was at 11 percent in 2007 and jumped to 15.5 percent in 2008 when the economy crashed,” says Barker, “and even with the economic recovery, it hasn’t come down. People are being left behind, not just rural or urban people, but both. And there are such huge repercussions. Kids who face food insecurity have higher rates of behavioral issues, which means higher rates of suspension or expulsion, and often end up in the juvenile justice system. so some of that famous school to prison pipeline comes straight back to this issue.”

Within the Missouri Foundation for Health, efforts to combat the problem are ongoing. In late 2013, MFH created a series of Emergency Food Access grants to help food insecure households seek assistance through food banks. The Foundation partnered with the Food Bank for Central and Northeast Missouri, Ozarks Food Harvest, Southeast Missouri Food Bank and St. Louis Area Food Bank to support infrastructure improvements. Each organization received $1 million to enhance both its facilities and those of its community-based partners.

Barker is hoping that the comprehensive look at food systems will help further raise awareness and generate good policy.

“The report includes a set of policy recommendations, organized by topic, to impact the issues and reduce food insecurity,” he says. “For example, we know there are a lot of people eligible for SNAP (Supplemental Nutrition Assistance Program) and free and reduced-price lunch who aren’t using those programs, so outreach and education will help. Increasing the minimum wage would help. Beyond that, there are zoning and land use policies that encourage markets and gardens and limit fast food restaurants, which, in high numbers, can create ‘food swamps,’ areas overwhelmed by cheap, unhealthy food. There is a link between food deserts and food swamps.”

Some of what needs to be done, Barker admits, can be politically challenging in a red state. But he sees reasons for hope.

“There are things we can do from a policy point of view that make sense to everyone,” he says. “For example, we’re seeing movement on farm-to-table bills in the legislature.”

The report is available free online at MFFH.org, and the agency will gladly send out free hard copies too. “We just want to get the information out there,” he says. “Solving this is in everyone’s best interest. If we have a healthier population, we’ll have a stronger economy too.”