Women in Food: Nance Klehm on Writing, Farming, and Teaching for Soil Health 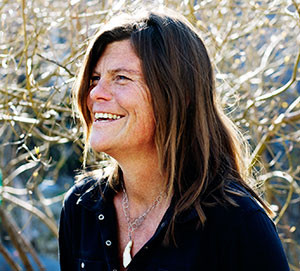 Nance Klehm, the founder of Social Ecologies, is a farmer who teaches and writes about the importance of right ecological relationships and soil vitality. (Photo courtesy Nance Klehm)

A farmer, artist and educator based on a farm near the Wisconsin-Illinois border, Nance Klehm designs ecological systems and teaches about land stewardship with an eye toward building healthy soil.

Some of these endeavors include a month-long urban agroecology intensive at The Huntington Library and Gardens in San Marino, California; The Ground Rules, a project in Chicago, Illinois designed to make better use of organic waste and improve urban soil health; and Soil Garden, an organic waste composting project in Warsaw, Poland.

“I come from a long line of horticulturists and farmers,” she says. “Ecological relationships were self-evident.”

After running a landscape design business for 15 years and becoming bored, Klehm decided to focus her efforts on building more sustainable systems. Now, much of her focus is on design and education.

Klehm also teaches about the connection between ecology and art. She has spoken at the Museum of Contemporary Art in Chicago and the Hammer Museum in Los Angeles.

“The art world picked me up—I have no formal training,” she says. “Art is complex—it connects the practical to the theoretical, as cultural work.”

Klehm uses her art to teach about ecology and sustainability. In this spirit, she’s been working on a book about soil for about three years. Due for publication in March, much of the writing it contains is based on interviews of a variety of people on the topic of soil. Some of the voices are poetic, some are practical, some are journalistic.

Voices in her book will include David Montgomery, author of “Dirt: The Erosion of Civilizations”: environmental journalist and author Richard Manning; and British writer Rose George, author of “The Big Necessity: Adventures in the World of Human Waste”.

“They’re all talking about soil in an intentional way,” Klehm says. “They’re funny, too.”

The fact that soil can be funny, as well as relevant and interesting, is a point Klehm wishes to teach others. Too often, she feels, the subject of soil is a conversation-stopper.

“Soil people are thrilled when it’s brought up at a party, but most just walk away,” she says.

In Chicago, Klehm is getting her hands dirty with soil as she tries to get The Ground Rules project in a more sustainable place financially. She operates from the premise that city living is not merely based on sociocultural influences but also biological ones. Her goals for The Ground Rules are to offer an easily accessible and visible soil center, bilingual soil-making workshops, town hall meetings about local soil health, and the release of a bilingual book and CD titled “The Ground Rules”. This book/CD is almost complete.

Klehm is also training people on how to get to know soil, conduct soil tests, and build soil fertility for The Ground Rules project.

When she’s not traveling, writing or teaching, Klehm works her 50-acre farm on the Illinois-Wisconsin border, striving to restore biodiversity. On this land, she plants trees, works on the prairie, raises quail, and hones her mushroom-foraging skills.

“Mushrooms are an important piece of healing the land,” she says.

In the face of monoculture growing, soil loss and destructive effects of modern commercial agriculture, Klehm fights on, despite at times feeling like she’s engaged in a losing battle.

“Frankly, I think we are screwed,” she says, regarding the future of agriculture. “But we can still engage in positive ways. We can hold whatever we do as examples, and shine as bright as we can so someone can carry it forward. I don’t have hope, but I do have love, so that’s why I do what I do.”

Because there is such a need for Klehm’s work and message, there is no shortage of work for her to do.

“People are so worried about what we eat. We’re divorced from the landscape and intentional in consuming it,” she says. “So, I go where I’m intended to go.”