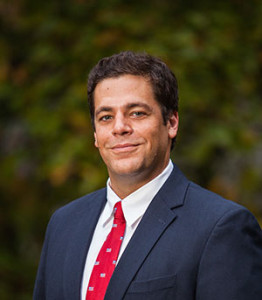 Mario Cambardella has been named as the City of Atlanta’s very first director of urban agriculture. (Photo courtesy Stephanie Stuckey Benfield/City of Atlanta)

There is a critical need for such a position, according to Stephanie Stuckey Benfield, director of Atlanta’s Office of Sustainability. She says Cambardella will expand upon the city’s urban agriculture ordinance, which was adopted in June 2014 and changed Atlanta’s zoning rules to make more room for urban agricultural operations.

“We need more urban farmers,” says Benfield.  She expects Cambardella to lead the way in refining the city’s urban agriculture policy and identifying opportunities for urban agriculture in underserved communities. He will be responsible for cultivating partnerships with local nonprofits and helping would-be urban farmers to navigate the city’s permitting process. He’ll also serve as a resource for farmers’ markets.

“We are pleased to have Mario Cambardella join the City of Atlanta as the urban agriculture director,” says Mayor Reed in a press release. “With strong collaborative partners like Georgia Organics, the Atlanta Local Food Initiative, Food Well Alliance, the Atlanta Community Food Bank and the Atlanta BeltLine, Inc., this position will be integral to making continued progress in growing Atlanta’s urban agricultural community.”

“Cambardella’s appointment is a critical component to helping us realize our Power to Change sustainability initiative goals, which aims to bring local, healthy food within a half-mile of 75 percent of all Atlanta residents by year 2020,” said Benfield in a news release.

Certified as a professional landscape architect and an erosion and sediment control plan design professional, Cambardella has earned master’s degrees in landscape architecture and environmental planning and design, both from the University of Georgia. He cofounded and has served as CEO of Urban Agriculture Inc. an Atlanta-based business that helps incorporate food production in a variety of development settings (residential, mixed-use, civic, institutional, etc.).

Cambardella was also on the winning team that submitted a proposal for the Trinity Avenue Farm, a project that called for creating urban agricultural space on a vacant lot near Atlanta’s City Hall. For now, the project has stalled, but Benfield would like to resurrect it to make it a reality.

“That could be one his tasks,” she says. “The project could be relocated.”

Through the efforts of Cambardella and others, Benfield envisions Atlanta partnering with nonprofit agricultural organizations in the city and its environs, such as Truly Living Well Center for Natural Urban Agriculture. She also sees aquaponics opportunities on the city’s west side.

“They could use help from the city regarding resources and permitting,” says Benfield.

Benfield believes that a more robust urban agriculture presence in Atlanta will improve quality of life for the city’s residents, as well as the city’s financial bottom line.

“Studies show increased green space improves the economy; people want to live where there is green space,” Benfield says. “If you build it, they will come,” she says of Atlanta’s BeltLine, a former railway path winding its way around the heart of the city. City planners envision more green space as part of the BeltLine, and urban agriculture could play a significant role in this endeavor.

Another task for Cambardella, says Benfield, will be to identify where new farmers’ markets could locate in the city.

When recruiting to fill the new position of city urban agriculture director, Benfield says she and others considered a whole gamut of skill sets and qualifications, including expertise in permitting, zoning laws, food desert issues, access to fresh and local foods, and farmers’ markets.

“We cast a wide net and had an open process,” she says. “No single person checked all the boxes.”

In all, 55 applicants put their names in the hat, and 10 were selected for in-person interviews.