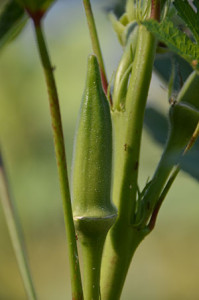 The journey toward the new food alliance began in February 2014 when about 30 interested people began meeting regularly. The group applied for technical assistance from the U.S. EPA’s Local Foods, Local Places program, and were one of 26 recipients (out of 300 applicants) nationwide. The Local Foods, Local Places program seeks to enhance economic opportunities for locally based farmers and businesses by improving access to healthy local food and supporting food hubs, farmers’ markets, and community gardens and kitchens.

Then, on March 4-5, 2015, the Acadiana Food Alliance hosted a “Building Our Local Food Economy” workshop, which generated further excitement.

Since this event, the Acadiana Food Alliance, together with Lafayette Consolidated Government and EarthShare Gardens, unveiled a local foods strategic action plan. Goals include: boost the growing capacity of farmers and promote the Acadiana region’s unique food culture; increase food literacy in schools; create a beginning farmer internship program, along with a resource- and tool-sharing program for farmers; and explore the possibility of establishing food hubs in the area.

“We need to increase the number of food producers and farmers in the area—demand is there, but supply is not,” says Emily Neustrom, a planner with Lafayette Consolidated Government.

The secret to achieving this objective, Neustrom feels, starts with education.

“The key is engaging and teaching younger students, so they consider farming as a [potential] occupation,” she says.

Of course, food and agriculture education is also important for those who aren’t prospective farmers. To this end, efforts include expanding the LSU AgCenter food literacy and garden program to more schools and creating food immersion classes (modeled after French immersion courses) to help preserve the region’s unique Cajun and Creole food culture.

“The cuisine here is world-renowned and quite famous,” says Adams. “It’s food grown from families, not big agriculture—we’re not that far away removed from local food. One idea is about branding [food from the region], but we’re not sure when that will happen.”

For now, perhaps the most important objective is to hire a full-time staff person to spearhead the Alliance’s efforts. Once that person has been hired, Neustrom says they will help the Acadiana Food Alliance in its quest to bring together local governments, universities and economic development agencies to develop the local food system. The main challenge is raising money to pay this person’s salary and for the continued work of the Alliance.

“We’re taking baby steps, trying to work smart and do the right thing,” Neustrom says. “We don’t want to be chasing federal grants all the time, so we’re fundraising locally and contacting potential local donors.”

For now, though, grants are a significant boon to the fledgling organization, which also received a Local Food Promotion Program grant from USDA to assess the current market for local foods.

Another goal, says Adams, is for the Acadiana Food Alliance to become a nonprofit organization officially. The Alliance’s newly-formed board recently met for the very first time, and Adams is excited about the diversity represented in this group.

“From the start we had a lot of participation from different food sectors in the Acadiana region,” he says. “A nice thing about what we’re doing is that it’s a new type of effort in our area. And, so many sectors of the economy are included.”