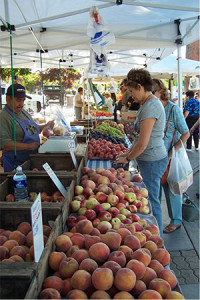 Courtesy of City of Sparks

Residents of Sparks, Nevada now have a lot more options when it comes to farming inside city limits.

In October, city council members voted unanimously to approve a new urban agriculture ordinance that allows for community gardens to be built on vacant or blighted plots in the city. Citizens will also be allowed to raise chickens and bees on private properties.

According to City Manager Steve Driscoll, the revamp of the city’s zoning codes had been in the works for quite some time. As a result of the housing recession, the city council wanted to take a fresh look at what would make the smartest uses of available land and zoning designations.

The answer, in part, was to allow for more flexibility regarding zoning, including allowances for urban agriculture. Sparks is the fifth largest city in Nevada, located just outside Reno and 45 minutes from Lake Tahoe. It’s also home to the new Tesla Gigafactory, which is currently under construction and will mass-produce lithium-ion batteries for electric vehicles at full capacity by 2020.

“We expect a large increase in growth in the next few years,” says Driscoll. “It’s a quality of life issue for people who are looking to move to this area.” He adds, “As Westerners we have a strong farming tradition—a lot of people still grow on personal property. That was really the catalyst.”

According to Driscoll, the urban agriculture aspect of the new zoning plan focused on three areas: community gardens, chickens and bees.

“One of the primary things we were looking at was being able to allow for community gardens,” says Driscoll. Sparks doesn’t have a rundown part of town, but rather several unused or undeveloped plots of land that have sat empty for years.

“The new ordinance allows us to take what was maybe someone’s extra backyard for 50 years and turn it into something that benefits the entire community,” Driscoll explains. “For example, if I had a piece of property I could put a fence up, get water and invite my neighbors to come in. Or a group of neighbors could approach a property owner and seek permission to come in and do improvements and farm on that property.” This kind of flexibility, Driscoll explains, is what Sparks is known for.

Under the new zoning plan, residents can have chickens based on lot size. Small plots (under 2,000 square feet) are allowed two hens. Parcel sizes of more than 10,000 square feet are allowed a maximum of 16 hens. Roosters and on-site slaughtering are not permitted, and owners must provide a covered enclosure for the hens that is kept clean and odor-free. “It’s really about educating people,” says Driscoll. “We spent a lot of time with people who were interested in this and we wanted to help them be successful with having chickens as pets and food producers.”

Of course, for a healthy garden, you need bees. As with the chickens, rules and regulations regarding hive size and care are clearly outlined in the new ordinance.

“We are hoping people take advantage of this. We hope to have several community gardens next year that will be producing beautiful fruits and veggies. As far as chickens, we hope people will be responsible owners, take care of their animals, and in the meantime we will have a few extra bees in here to help pollinate.”

Very quickly after new zoning code came in, Sparks approved several projects which, if they had come in a month earlier, would have been denied.

“With the new zoning code, certain projects may not be a preferred use, but are an allowable use,” says Driscoll. “We feel very positive that we are helping the community grow, but grow properly.