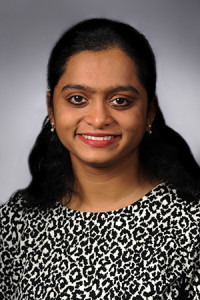 Fast food might fill you up, but at the expense of your health. Similarly, money made quickly through investments can pad a bank account, but often comes with social and environmental costs. That’s the view of the slow money movement. It’s goal: to make money for investors while also providing environmental and social benefits.

This approach is having an impact on local and sustainable agriculture. According to a recent research from Iowa State University, the slow money movement is matching sustainable and local food and agriculture operations with new kinds of fiduciary capital investments.

Slow money reveals a new breed of investors who not only have their eyes on financial gains, but also returns to the environment and society, says study lead author Priyanka Jayashankar, a professor of management at Iowa State University. Jayashankar co-authored the study with Mark Rasmussen, director of Iowa State University’s Leopold Center for Sustainable Agriculture; and Arvind Ashta, professor of finance at the Burgundy School of Business in Dijon, France.

“It’s about bringing money back into the soil and making sure capital is circulating locally,” says Jayashankar. “The idea is to not let the capital circulate so far or so fast, as [it does] in more traditional investment plans.”

In their research paper, the three authors write that the consolidation of agricultural production in the United States has increased the disconnection between food production and consumers. In other words, many people don’t know where their food comes from (it’s often shipped from thousands of miles away).

The authors claim that while consolidation may benefit large agribusinesses and their investors, agricultural consolidation and its resulting disconnect impose social and environmental costs on many rural areas in the U.S.

But just like slow food is centered on local sourcing and sustainability, slow money investors can be a benefit to artisans and small farms and businesses.

“This brings money back to the soil,” says Jayashankar. “Slow money brings investors and farmers closer to each other.”

She emphasizes that slow money is not just agriculture- and food-related, but can extend beyond the food sector.

However, the slow money model is not a good fit for all investors. It typically takes about seven years to see a return on investment, according to Jayashankar. But the amount of a slow money investment is also usually less than a traditional one.

Convincing investors who aren’t used to the slow money model to embrace this different method poses a challenge, says Jayashankar. To help solve this problem, farmers need to become better managers and be able to sell investors on their managerial and business skills.

“Once investors know you can manage well, this results in more investing and a better outcome,” Jayashankar says. “Slow money investors need to be more patient than mainstream venture capitalists.”

She points out that while the returns might not be as high, neither is the risk. And, unlike many startups that boom and fizzle out, farmers are here for the long-term, she says.

Jayashankar is confident that slow money investors and the businesses they support will proliferate globally. The U.S. is among the countries at the forefront of the local foods movement, which the slow money movement has piggy-backed on. Slow money is now less prevalent in the developing world, she says, but these countries are slowly become aware of its benefits, she says.

And just as the local foods movement, along with organic and sustainable agriculture, seems to be more than a fad and here to stay, Jayashankar believes that slow money will follow this same course into a viable future.

Slow money is just one facet of sustainable financing of agriculture being explored by Iowa State’s Leopold Center for Sustainable Agriculture.

“As we continue to face the question of who will farm in the future, the Leopold Center is willing to explore a range of alternatives,” says Mark Rasmussen, director of the center and paper co-author. “The research in the paper is part of that exploration.”

From Blight to Opportunity: Detroit Woman Puts Kids to Work in Community Garden