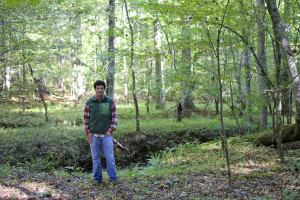 Imagine a housing development built around green space. But instead of a golf course or park, a farm is at the community’s centerpiece. This concept is becoming reality in Durham, North Carolina.

The feature amenity of Wetrock Farm, with 141 home sites, will be a 15-acre sustainable farm managed by professionals. Organic fruits and vegetables will be grown at the farm, which will host a farm stand and space for educational and recreational programs. Residents will enjoy access to the locally-grown produce, and will be able to participate in the growing of food as much as they desire. Developer Rick Bagel also hopes to attain organic certification for the farm.

Like many other plots of land in the vicinity, the Wetrock Farm property produced tobacco until about 10 years ago. The entire subdivision consists of 230 acres of farmland.

Bagel envisions education about food and sustainability as a major offering of Wetrock Farm, with the onsite farmer(s), visiting educators, residents and members of the broader community teaching and learning from each other. Building off the high concentration of higher educational institutions in the immediate area (Duke University, University of North Carolina, North Carolina State University), Bagel sees Wetrock Farm hosting educational events for college students, school children and adults.

In addition to the community farm, residents will also be able to enjoy a preserved forest to help them get back to the roots of nature. Jogging trails will wind thru the subdivision, which will be dotted with picnic tables. A total of 140 acres of conserved open space, through conservation easement or land trust, is another attractive feature of the new agricultural housing development.

The project aims to help tackle crucial problems such as unhealthy eating, obesity, lack of environmental awareness, fossil fuel emissions from food transportation and an increasing disconnect with nature.

“There is no easy fix for these widespread issues,” Bagel says. “However, with this initiative, we hope to become a leader in sustainable living and make an impact that extends beyond the confines of this development.”

Other residential farm communities in the United States include Agritopia in Arizona, Rancho Mission Viejo in California and Serenbe in Georgia. In fact, Bagel learned about past efforts through researching Urban Land Institute case studies. This gave him a boost of confidence that if such efforts have been done before, he can do it again with Wetrock Farm.

Bagel, a member of Urban Land Institute and Carolina Farm Stewardship Association, came up with the idea of Wetrock Farm while studying economics at Duke University, also in Durham. He began writing the development’s business plan while in graduate business school at the University of Miami. In 2008, he created Wetrock Resources, LLC to implement sustainable land development concepts in the Southeast.

“There are lots of people out there who would want this,” says Bagel. “This is as popular as golf courses were in the 20th century.”

Yet Bagel knows not all people would be enamored with living in farming-focused community. But he believes in this project so much that the farm graces the main entrance to the community.

“It’s a niche product, and it’s not for everybody,” he says. “Some builders have expressed concern about this. But we’re learning as we go, as we develop a great place for people to come and live. We are working to make Wetrock Farm a big win for builders and partners.”

Lots and homes are currently for sale, and Wetrock Farm is seeking a farm manager.
Looking forward, Wetrock Resources is looking to the possibility of initiating similar developments in the Carolinas or elsewhere, as well as other green building projects.