Women in Food: Audrey Arner Sees Diversity as the Key to Soil and Water Health 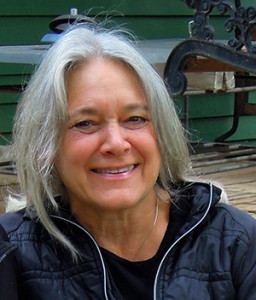 Audrey Arner, a farmer in Montevideo, Minnesota, transformed a corn and soybean farm to a diverse operation built around grass-fed beef cattle. Agricultural diversity, she says, is vital for soil and water health. (photo courtesy of Audrey Arner)

Minnesota farmer Audrey Arner believes in the strength of diversity, which is why she worked to transform a Minnesota farm from a base of corn and soybean rotation back to its natural roots of polyculture.

Arner moved to Moonstone Farm in Montevideo, Minnesota with her husband, Richard Handeen, in the 1970s after she graduated from college. Handeen’s great-grandparents had settled there and started a diverse operation, but by the time Arner and her husband arrived, the farm grew solely corn and soybeans.

She was displeased that her new farm and others in Minnesota were part of a larger movement that had converted the great grasslands of the Midwest into vast monocultures.

“People were acting in keeping with the recommendations of the day,” she says.

So shortly after moving to the farm, Arner set out to transform it to an organic operation, one field at a time.

Arner, who previously worked for the Land Stewardship Project, received a deeper education about land management when she took a course from Allan Savory, a Zimbabwean farmer and ecologist and co-founder of the Savory Institute. Savory is known as one of the world’s premier thinkers about holistic land management.

“After this course, I took on a new level of awareness about ecosystem processes,” Arner says. “I thought more about what it would take to restore health to the land.”

Subsequently, she formulated an understanding of what she wanted their farm landscape to become, and she and Handeen thought about their long-range goals.

“We took lessons from the great prairies in perennializing and the importance of diversity,” says Arner.

Based on what Arner learned, Moonstone Farm added hay and livestock, and began raising grass-fed beef cattle in the early 1990s.

Today, Moonstone Farm is home to grazing and hay crops and 42 different woody species, all on 240 acres of land. Most of the farm is productive in some way, but grass-fed beef is its “bread and butter,” while other food grown at the farm nourishes the people who live and work there.

Visitors to the farm won’t find large equipment—rather, it relies on a large contingent of human scale labor.

“We have a summertime crew of young people who want to learn things like how to move a fence,” Arner says.

Transforming the land from a traditional corn and soybean farm to a diverse organic farm with grass-fed beef at its center was a long and arduous (albeit rewarding) process, and Moonstone Farm was alone in its transformative quest among other area farms.

“Our neighbors thought we didn’t know what we were doing,” Arner says. “But we stuck with it.”

Arner considers herself a custodian of soil health, and she knows that agriculture is called to be more resilient with an increased threat of drought and weather extremes. She’s also concerned about the health of lakes and waterways, which influence the health of the world’s inhabitants. In Minnesota (as well as the entire Midwest), both soil and water suffer from land degradation and climate change.

“Last year, the amount of soil erosion from wind in the area was sickening,” she says. “The rate of erosion with little snow cover this past winter was just horrible.”

Arner is saddened by the many wetlands in Minnesota that have been eradicated and by significantly less diversity in the landscape and, as a result, in food offerings. She says that crop and food diversity is not only healthier for the land and people, but also that food diversity is simply more fun and stimulating than rotating monocultures.

“For an average person who eats, it’s a lot more interesting,” she says. “There’s more depth of interest to look at, to be in, to make observations.”

She believes that the work of reclaiming the land for its natural purposes will take all kinds of collaboration and coalition-building.

“Maybe civilization will wake up, but it calls all of us to be engaged in the public policy uphill battle that we’re in now,” says Arner, who calls on hunger activists, environmentalists and hunter and fisher organizations to advocate for cleaner soil and water. Often (but not always), she believes that the brightest lights in this quest come from younger people.

“Many young people are looking to do something more creative and more fulfilling, something more connected to the universe and their community. This makes my heart sing,” Arner says. “Young people understand context, and they’re putting the culture back in agriculture.”

When Arner retires, it is her hope that a younger person will take over Moonstone Farm to carry on the good work of diversity and sustainability.