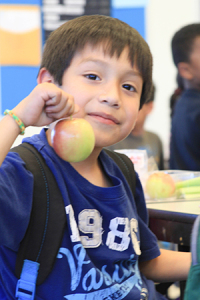 Much of this success has been spearheaded by Rodney Taylor, a noted farm-to-school expert and Director of Nutrition Services for Riverside Unified School District.

In 1997, Taylor led a similar effort in the Malibu and Santa Monica school districts. But while those areas are known for their affluence, Riverside has more economic challenges. So when Taylor wanted to increase healthy food options for public school students in Riverside, there was no shortage of doubters.

Taylor did not see why healthy eating in public schools should be difficult anywhere. His goal is and always has been a simple one: “To get kids to consume their fruits and vegetables.” Through achieving this goal (and then some), he has proved his doubters wrong.

The numbers tell the story. In 2005, the Riverside USD farm-to-school program was just a pilot project, with one school salad bar. By 2010, all 31 schools in the district offered salad bars. And while the program is revenue neutral for the district, it generates income for the small, local farmers who supply the fruits and vegetables.

Many school districts offer salad bars—but the Riverside USD just kept raising the standard. Employees actively encouraged students to eat salad, and because the salad was sourced locally, it tasted that much better.

The result? An increase in students’ salad bar consumption.

Many of the innovations used in making fruits and vegetables more attractive to students are rooted in common sense, says Taylor. For example, why supply apples to kids who have lost their baby teeth and are waiting on their adult ones to come in?

“Why buy green peas if they are going to end up in the trash?” Taylor asks. Instead, he suggests more palatable options such as watermelon, grapes and strawberries.

Much of Taylor’s common sense approach to boosting students’ salad consumption is modeled on the work of Brian Wansink, director of the Cornell University Food and Brand Lab.

One such simple strategy is to move the salad bar nearer the end of the checkout line.  Students are not forced to choose between hot lunches such as hamburgers and pizza, and salad. They are simply offered both. And often, says Taylor, the salad bar is more attractive. “It’s colorful—it speaks to all the senses,” he says. 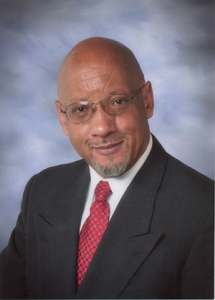 Education is a central component of the salad bar program, designed for students from kindergarten to sixth grade. Work in school gardens, visits from local farmers and field trips to farmers’ markets are offered as educational opportunities.

Riverside USD strives to make its school salad bars as locally-produced as possible—between 50 and 100 percent, depending on the season.

The salad bar program is also making a positive impact on the Riverside community. Currently, it contributes $400,000 to the local economy, and Taylor says that the goal is for the district is to spend 60 percent of what is spends on produce locally. Currently, nine farmers serve the large district, and it is looking for more participating farmers. The district also offered 20 acres of land to farmers who are able to grow fruits and vegetables for the salad bar program.

The district is also working with the Grow Riverside program, a partnership between Seedstock, the City of Riverside and the community to restore Riverside County’s heritage as a major center of citrus and agriculture.

Taylor has been engaged in farm-to-school efforts for 17 years, and his work in Riverside has not gone unnoticed by the rest of the country. He has written numerous articles on the subject, and speaks around the U.S. He has also taught his methods to visitors from Japan, Canada and Mexico.

In Taylor’s mind, the task of providing locally-produced food is not just about stomachs, but minds. Students, he says, need good nutrition in order to learn—hence he views his task as a vital one. Obstacles to the program, he says, exist only in the minds of some adults.

“When you want to do something, you find a way,”