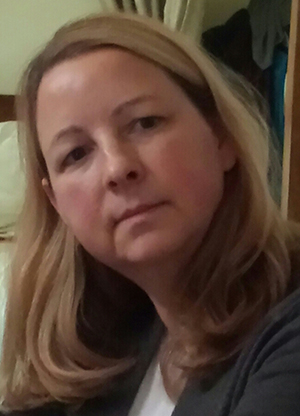 Human trafficking, justice, the environment and sustainability all have one thing in common, says community visionary Lillian Lake of East Wilton, Maine: food.

“Everything comes back to food,” says Lake, who writes, consults and engages in policy development toward a goal of affordable and just sustainability. Realizing that people, industries, institutions and ideas are all interrelated, she works hard at making connections that will help the world be a better place for all.

The food industry, she says, has a tremendous impact on the local, national and international economy, but this impact is not always a good one.

For example, why are Americans able to buy shrimp for $9.99 per pound? Because one of the world’s largest shrimp producing nations, Thailand, uses forced labor on its shrimp boats, Lake says. And around the world, migrant farm workers are forced to provide labor whether they want to or not. This is a direct result of human trafficking.

Water rights are also becoming an increasingly important global issue, especially due to climate change. “Hello, California!” Lake says, referring to that state’s long drought. She laments that many California farmers grow crops that require lots of water, even though much of California is a desert. “We should be helping them to grow food that does well in an arid climate.”

One of the fundamental problems behind our food and water crisis is a profound disconnect, Lake believes. Many think “food comes from the stove, water from the tap,” she says.

But the disconnect with our food may come from a stronger connection with the financial bottom line, she says. “With big agriculture, it’s a money issue, about profit. They are fearful of changes to their livelihoods.”

Lake spreads the good news of sustainability one person, one event, one seminar, one article at a time. “That’s how change works,” says Lake, whose friends call her a “food evangelist”. Through her efforts, she was instrumental in getting GMO (genetically modified organism) labeling laws passed in her native Maine. She feels this gave other states courage to do the same.

However, her food evangelism is not so strictly devout to single out one type of farmer over another. For example, she thinks that pitting organic vs. big agriculture is a mistake, because diverse types of agriculture have many things to offer. Also of importance, she says, is respecting all people’s livelihoods. “My forte is bringing people together,” says Lake, who tries to ask what others need before telling others what they need or how things should be done.

Farming and agriculture are full of nuance, subtleties, ironies and contradictions, realities of which she strives to make people aware. An excellent illustration is the term “local”. “What the heck does that mean?” she asks. She then answers her question by defining local not in terms of geography, but having to do with “environment, culture, people and human rights.”

To make her point, Lake uses GMO corn as an example. “Just because GMO corn is local does not mean it is right,” she says. “Local is not just about miles. It’s about sustainability and the environment.”

But Lake’s passion for her active advocacy work has not been without obstacles and naysayers. She has been yelled at and called names, but knows that her mission is far too important to let such negativity discourage her.

“The way to get at that barrier is through finding commonalities, having patience, knowing when to go public, and creating conversation,” she says. “Once you get through that, you find you move forward more easily.”

Far more important to Lake than her detractors are her mentors, those who motivate her in her life’s work. She not only counts farmers Wendell Berry, Joel Salatin and Deb Evans as tremendous influences, but also the farmers and fishers she grew up with and the global community she works with on human rights. “They inspire me, inform me and challenge me,” she says. “They are the ones who continue to push forward in spite of the odds.”

Lake admits her frustration at what sometimes feels like an excess of words and a deficiency of action, but every day, she keeps at it. “It just takes a lot of energy,” she says. “I love doing it.”