What is the potential of agriculture in cities? Can urban agriculture change our relationship with the food we eat and the land on which it is cultivated?  Which methods of farming work best in urban environments, and for what purposes?

Please join us for Seedstock’s upcoming “Reintegrating Agriculture: Local Food Systems and the Future of Cities” Conference on Wednesday, November 12, 2014 at UCLA Anderson School of Management in Los Angeles, CA where a group of expert panelists and presenters will look at the promise and potential of Reintegrating Agriculture into Cities.

The panel will focus on an exploration of how the “reintegration” of agriculture into cities has the potential to grow the local food marketplace, connect people with their food and benefit the community and the environment.  The panel will discuss the drivers behind the growing urban agriculture movement in Southern California and across the country; demand for local food, land preservation and utilization, education, and health.

Daniel Allen is the CEO of Farmscape, an urban farming venture based in Los Angeles that has setup more than 350 gardens at homes, schools and restaurants and maintains 125 on a weekly basis. Dan, an Iowa native, is proud to practice a much different sort of agriculture than his home state is known for. As Farmscape’s CEO, he oversees a multiple bottom-line approach that seeks to maximize the venture’s social and environmental impact as well as its financial well-being. Dan is a Master Gardener and a member of the LA Food Policy Council’s Working Group on Urban Agriculture. He is also a periodic contributor to The Huffington Post and Seedstock. In his free time, Dan enjoys playing basketball and board games, as well as volunteering with school and community garden projects. 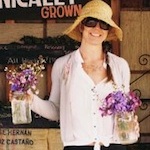 Sasha Kanno, Founder of Long Beach Local and Farmer at Farm Lot 59, is a homeowner in the Wrigley Historical District of Long Beach, Ca and life long gardener. In 2007 she started a back yard produce exchange with her neighbors. In 2008 was asked to start a community garden in her neighborhood, Wrigley Garden. She operated and maintained that temporary demonstration garden for 2 years and learned a lot. Mainly that she wanted a space for production purpose, not casual gardening. In 2010 she pitched her concept to Long Beach Parks, Rec and Marine and began a lease agreement for an urban farm, Farm Lot 59.

The farm is in its 3rd year of production and getting better every year. Sasha farms with her 3 year old son, employees, and work-share volunteers. They sell exclusively to a hand full of local restaurants and hosts a monthly on farm Second Saturday Market Place where locals can purchase their heirloom and specialty eggs, produce, flowers, fruit, honey and other farm products. There is music, breakfast, and rotating classes to attend. 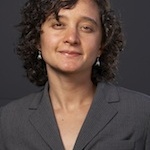 UCLA’s first Chief Sustainability Officer, Nurit Katz is working to foster partnerships among academic, research, and operational departments and further the goals and initiatives of sustainability at UCLA. Nurit is also an Instructor for UCLA Extension’s Global Sustainability Certificate Program. Before starting in this position she founded the UCLA Sustainable Resource Center  to provide resources for the community on sustainability. She then served as President of the Graduate Students Association and assisted Dr. Charles Corbett in developing a new interdisciplinary graduate certificate program – Leaders in Sustainability. After graduation she helped launch the UCLA Center for Corporate Environmental Performance. She has worked on a variety of sustainability projects including a project for the City of Los Angeles that focused on transit-oriented development along the Expo Light Rail Line. Her essay on the topic was published in the UCLA Anderson Forecast’s “Solutions for Our City”. Nurit holds an MBA from the UCLA Anderson School of Management, a Masters in Public Policy from the UCLA Luskin School of Public Affairs, and a BA in Environmental Education from Humboldt State University. Nurit was honored as one of 100 Inspirational Alumni for the 75th Anniversary of UCLA Anderson. Her course Principles of Sustainability I was recently included in LA Weekly’s Best of LA 2012 as one of the 10 Best Classes in LA. She serves on the Executive Committee of the Luskin Center for Innovation and on the Advisory Boards of Opportunity Green and Women in Green. Nurit is also working on developing national metrics and ratings for sustainability through the AASHE STARS Steering Committee and building statewide collaboration and best practice sharing through the CA Higher Education Sustainability Conference Steering Committee.  In 2010 Nurit completed a full Ironman distance triathlon with Team in Training in support of the Leukemia Lymphoma Society.

Rickey Smith is founder and principal of Urban Green, a social entrepreneurship dedicated to restoring, developing and promoting “green space” within the communities it serves. Urban Green was designed upon Rickey’s philosophy of Circular Synergy, which seeks to establish a CLEAR path connecting the inter-disciplines of Cuisine, Land-use, Environment, and Architecture into Renewable cycles of self-reliant communities.

Amassing knowledge of our current industrial and corporate food system as a Brand Manager in the Food Products Division at Procter & Gamble, Rickey started his own thriving business September 2001, creating two culinary product lines, The Sweet Spot and Urban Green Cuisine, which are distributed through retail stores, e-commerce and Farmer’s Markets as well as through (Zero-Waste) catering & event services for companies, universities, government agencies, and special events. The Sweet Spot has been featured nationally on The Food Network and Martha Stewart Magazine, in addition to a multitude of local food reviews.

Inspired by the challenge to evolve food production in the United States, and seeking to create a deeper, more significant experience than just the mere exchange of goods for money, Rickey is committed to the development of functional, small-scale operations using closed-loop, urban-farming systems within the Los Angeles Metropolitan area.

Recognized as a leader and change agent who passionately believes in the Urban Green adage “Waste not. Want not.” He is currently a guest lecturer at USC, UCLA, local charter schools and conferences round tables. Rickey is also recognized for his community service work with diverse organizations such as Girl Scouts of Greater Los Angeles Robotics Team and Mother’s Club in Pasadena.

Most recently, Urban Green contracted with The State of California Parks and Recreation to build an interactive, interpretive system on the site of The Historic State Park in Downtown Los Angeles. The project, on the site originally settled as a railroad yard for the emerging City of Angels in the late 1800’s, “ON SPRING” is a community hub with activities involving educational and practical application of sustainable functions which visitors can incorporate into their own personal lives. In January 2012, the site moved to a space at the art collective The Big Art Lab.