Entrepreneurs and innovators will lead the push for change in the conventional food system. But as in all sectors of the economy, the actions and ability of the private sector to make an impact are affected by public policy.

Please join us for Seedstock’s upcoming “Reintegrating Agriculture: Local Food Systems and the Future of Cities” Conference on Wednesday, November 12, 2014 at UCLA Anderson School of Management in Los Angeles, CA where a group of expert panelists and presenters will look at the role of public policy in facilitating the transition to a more localized food system.

The discussion will be led by moderator Carl Morehouse, President of Southern California Association of Governments (SCAG) and Councilmember for the City of Ventura, and will feature,  Kimberly Kessler, Resnick Program for Food Law & Policy, Clare Fox of the Los Angeles Food Policy Council and Mark Glassock of the Los Angeles Neighborhood Land Trust. 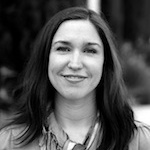 Clare Fox is the Director of Policy and Innovation for the Los Angeles Food Policy Council (LAFPC), an independent non-profit created by the City of Los Angeles to advance food systems policy. She collaborates closely with a large network of food advocate, public and private sector representatives to catalyze projects and build leadership capacity for a sustainable and equitable food system in Southern California. Her policy areas focus on food access and equity, urban agriculture, street food vending, and food-anchored community economic development. Clare directs the Healthy Neighborhood Market Network, an initiative to bring business and leadership development opportunities and consulting to neighborhood markets in low-income communities who wish to sell more fresh and healthy food. In 2011, Clare co-created the Community Market Conversion Program at the Community Redevelopment Agency of the City of Los Angeles, and coordinated a four store pilot in South Los Angeles in partnership with the Los Angeles County Department of Public Health. Previously, Clare worked on a wide range of community, environmental and labor organizations as a research, strategic planning and facilitation consultant, including projects for the UCLA Labor Center, the Los Angeles Community Garden Council and Green for All. For several years, Clare produced and taught radio production to young people throughout Los Angeles and the U.S. for Youth Radio and National Public Radio. Clare has a bachelor’s degree from Mount Holyoke College and a Masters in urban planning from UCLA. All her work is informed by over a decade participating in grassroots movements for social and racial justice. 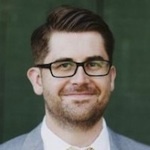 Mark Glassock is the Director of Special Projects at the Los Angeles Neighborhood Land Trust, a non-profit organization with a mission to build healthier, stronger, and safer neighborhoods through the creation of urban parks and community gardens exclusively in low-income communities of color. In this role, Mark oversees the Land Trust’s nearly $10 million capital development portfolio of parks and community gardens, land assessment and acquisition, and urban agriculture and stewardship programs. Before the Land Trust, Mark worked at Community Health Councils and the International Training Center for Health where he focused on distilling complex and technical information into understandable elements for a wide range of audiences. Mark’s experience also includes nearly 4 years of international development work including service as a Peace Corps Volunteer managing a Ugandan health center’s community health program. Mark’s core understanding of health and justice was cultivated early in his career when he worked for the Needle Exchange program in Seattle providing counseling services to individuals often forgotten by policy, services, and funding. Mark holds a Bachelor’s degree in Anthropology and a Master’s degree in Public Health from the University of Washington. 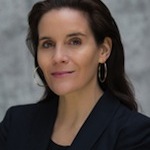 Kim Kessler is the Policy and Special Programs Director of the Resnick Program for Food Law and Policy at UCLA School of Law, a newly created program dedicated to studying and advancing law and policy solutions to improve the modern food system.  Previously, Kessler served as the Food Policy Coordinator for the City of New York, an appointed position in the Mayor’s Office.  In this role, she coordinated and oversaw municipal food policies and initiatives, including initiatives related to improved retail access to nutritious foods, urban agriculture, healthy food procurement, and combating obesity.  She also helped to formulate, and advocate on behalf of, New York City’s food policy priorities with Congress and the United States Department of Agriculture. 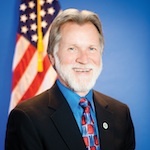 Council Member Carl E. Morehouse has served on the San Buenaventura City Council since 1999. He served as Deputy Mayor in 2003-2005 and Mayor in 2005-2007. As a member of SCAG’s Regional Council, he represents Fillmore, Ojai, San Buenaventura and Santa Paula for District 47. He has served as Chair of SCAG’s Community, Economic & Human Development Committee, President of the League of California Cities Channel Counties Division (Ventura, Santa Barbara and San Luis Obispo counties) in 2011 and was Chair of the Ventura Council of Governments in 2007.