The discussion will be led by moderator Wilton Risenhoover of the UCLA Venture Fund and feature expert panelists Nicola Kerslake of New Bean Capital, Rob Trice of Better Food Ventures and The Mixing Bowl, and Robert TSE of USDA Rural Development. 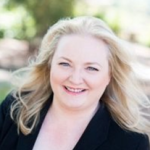 Nicola Kerslake is the founder of Newbean Capital, a registered investment adviser that manages early stage venture capital mandates. Newbean Capital also has substantial interests in agriculture, including the Indoor Agriculture Conference, an annual conference that focuses on growing produce in hydroponic, aquaponic and aeroponic systems. Now in its third year, the conference features industry-leading speakers from companies such as US Foods and Caesars Entertainment, and is sponsored by corporates ranging from Philips to Whole Foods Market.

Nicola has spent close to 20 years in real assets investments in Europe, Asia and the US. After spending time as a rated equity analyst at ABN Amro Hoare Govett in London, she led a team of equity analysts in Asia, achieving top 3 ratings in independent analyst rankings. In the US, she has managed hedge fund portfolios at a subsidiary of the Monitor Group and managed established private equity and real asset platforms for SEI Investments. Her coverage sectors have included traditional and renewable energy, chemicals, water, agriculture, farmland, and forestland.

From 2009 until early 2013, Nicola worked with a technology commercialization non-profit, eventually being promoted to Vice President leading a team of nine professionals. She worked with government entities, academic institutions, national labs (LBNL, LANL) and private companies to commercialize their technologies, advance their business plans, and aid them in seeking funding. She introduced the first Cleantech Open chapter in Nevada, and the first Startup Weekends in Reno and rural Nevada. In addition, she developed award-winning funding mechanisms for early stage entrepreneurs, and interacted daily with venture capital and private equity stakeholders.

She sits on the advisory board of two successful startups; Project Alba, a Cambodian produce farming company, and Pinoccio, a VC-backed low cost microcontroller and software platform that gathers environmental data.

A graduate with honors of Magdalen College, Oxford, where she studied politics, philosophy and economics, Nicola also holds Chartered Financial Analyst (CFA) and Chartered Alternative Investment Analyst (CAIA) qualifications. Her work has been featured in leading financial media, including the Wall Street Journal and Financial Times, and she occasionally blogs on sustainable agriculture investment at Seedstock and on at Real Assets Junkie. 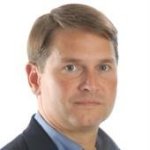 Rob Trice is an established international venture capital investor. He is currently leveraging his background in telecom, mobile and internet investing to fund companies that apply IT to the food and agriculture sectors via Better Food Ventures, a seed stage investment entity established in 2013. From 2012-2014 he was a Venture Parter with Swisscom Ventures. From 2008-2012 he was founding Senior Managing Director of SK Telecom Ventures. From 2004-2008 he was co-founding Partner of Nokia Growth Partners, the global growth-stage VC arm of Nokia. From late 2000-2004, he worked at Nokia Venture Partners (now BlueRun Ventures). Prior to working in venture capital, he worked at DIRECTV in LA and Tokyo in operational and business planning roles. He also worked at a D.C.-based think tank, the Center for Strategic & International Studies. He holds a M.A. from George Mason University and a B.A. from the University of Virginia.

Rob has also started organizations that link companies to venture innovation. In 2001 he co-founded the Service Provider Investment Forum (now part of the Telecom Council of Silicon Valley). In 2011 he started the Corporate Innovators Huddle and its Corporate Venture Forum. And in 2013 he started the Mixing Bowl to link food, agriculture and IT innovators.

Rob also enjoys engaged philanthropy. Since 2008 Rob has been an active member of social impact giving organization Full Circle Fund, joining its board in 2012. He also started the Silicon Valley chapters of Net Impact and the United Way’s Young Leaders United.

He integrates policies, resources and initiatives through federal, state, local government and public-private partnerships. He is the USDA lead for the Strong Cities – Strong Communities, (SC2) White House pilot initiative in Fresno. He is driving strategies for urban-rural broadband infrastructure and development of regional agriculture technology economic clusters in areas such as Fresno and Sacramento. His broad strategic reach also includes goods movement, international trade, health-food-agriculture systems, veterans and farming, water, and energy. He is the State Broadband Coordinator for USDA CA Rural Development.

In 2014 he received the first Champion of Technology Award from the California State Fair. He received his second USDA Secretary’s Honor Award in 2013 and is a 2014/13 recipient of the USEPA Bronze Award, and USEPA National Notable Achievement Award for Brownfields Land Revitalization Team for Region 9.

Prior to this position he served as the Deputy Director for International Trade in the Governor’s Office of Economic Development and simultaneously as Deputy Secretary for Trade Development with the California Department of Food and Agriculture (CDFA). He represented CDFA on the Governor’s California Recovery Task Force on the American Recovery and Reinvestment Act from 2009-10. He was the Director of Trade for CDFA and is a 17 year veteran of the USDA Foreign Agricultural Service (FAS).

Robert Tse holds a Doctor of Jurisprudence degree from Boston College Law School, a Master of Science degree in Agricultural Economics from Purdue University, and Bachelor of Arts degree in American History from Brown University. He was a California Agricultural Leadership Washington, D.C. Fellow, and International Career Advancement Program Fellow. He is on the Board of the World Affairs Council of Sacramento, and Drexel University Sacramento.

Wilton Risenhoover grew up on a small cattle farm near Catawissa, Missouri, and although he now lives in Los Angeles, his interest in agriculture has never faded. Today he is a technology entrepreneur with a strong focus on product, technology, and business model development. He has over 15+ years in the Internet and software industry, with a particular focus on consumer-facing financial technology

A sampling of projects he has worked on include: a real estate crowdfunding platform, an equity research platform, a stock market portfolio monitoring tool, a tax reporting and collection system for a state government, and a loan application system for a well known federal agency.

He teaches entrepreneurship and securities analysis at UCLA, and he has a B.S. in Computer Science from the University of Kansas and an MBA (finance, entrepreneurship) from UCLA Anderson School of Management. In addition, he serves on the Investment Committee of the UCLA Venture Capital Fund.