How Do We Reshape Our American Food System? A Q&A With Union of Concerned Scientists’ Ricardo Salvador 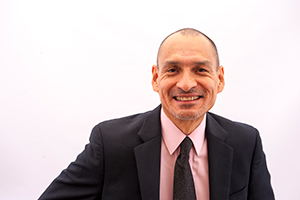 Ricardo Salvador is the director of the Union of Concerned Scientists’ Food & Environment Program. He believes agricultural systems must change for the health of the Earth and its inhabitants, and was the first professor to teach about sustainable agriculture at a land grant university at Iowa State.

Seedstock had the opportunity to speak with Salvador about the future of agriculture, the role of land-grant universities, and the developing science of “agro-ecology”.

Salvador: Agricultural universities, which are public institutions with a public mission, should develop knowledge and practices that will assure the long-term wellbeing of the nation. A good first step is to reverse the deterioration of the nation’s natural resource base and public health. The dominant agricultural industry degrades soil, water and the atmosphere, and devotes much of its activity toward producing ingredients for the junk food diet that is related to four of the 10 leading of causes of death in the United States. Both factors, deteriorating environment and public health, vastly diminish the nation’s productive capacity now and in the future. Productivity and profitability are essential factors, but should not be the sole or ultimate drivers that they have become. As Peter Drucker has put it: “Efficiency is doing things right; effectiveness is doing the right thing.”

Seedstock: How does the science of agro-ecology fit in with the modern needs of agriculture?

Salvador: Agro-ecology is systems science, and therefore is the counterpoint to practices introduced without consideration of attendant systemic effects. The major environmental issues in current agricultural practice concern interlinked factors that are treated as if they weren’t related, such as soil erosion, contamination of surface waters and greenhouse gas emissions. These are all tied to mismanagement of soil and nutrients (notably synthetic fertilizer, but also including manure), and to overproduction in highly specialized systems.

Agro-ecology departs from asking what is best when considering all system components, from the microflora and fauna that make soils productive to the human beings who are involved in all aspects of production and consumption of the products of agriculture. Factoring in the interests of soils, crops, water, livestock, farmers and eaters leads to different decisions regarding soil and nutrient management, crop and livestock management systems, and the choices of foods to produce, than when simply considering greatest short-term profitability. One of the leading needs of modern agriculture is to function in such a way that the prospects of humanity on planet Earth are not diminished due to decisions and actions we take today.

Seedstock: What kind of investments of public and private funds and efforts need to go into reshaping food production?

Salvador: We can start by distributing current investments in such a way that research, teaching and extension (outreach to farmers) focuses more on sound ecological practices applied to agriculture.

Rather than degrading soil, it can be built up due to practices that provide adequate cover and net annual input of organic matter. Rather than over-application of imported fertilizer nutrients that contribute to surface water pollution and eutrophication, we can practice regenerative use of nutrients through rotations, green manures and re-integration of livestock with cropping—to make better use of resources, particularly those such as phosphorus and potassium which are essentially mined and non-renewable.

Reshaping food production is an important question that should be taken literally by asking: “What is food, and what is the best food to produce?” We have demonstrated that answering that question on the basis of the best dietary and medical science, and then structuring the agricultural system to serve that purpose, results in a significantly different structure of the nation’s agricultural system.

Seedstock: If agro-ecology has a strong future, do large agribusinesses fit in to this new system?

Salvador: This is a question best addressed by agribusinesses themselves. We recommend asking first what knowledge-based services and products farmers and citizens of the future need for healthy food and farms, then developing business models to fit that reality.

Such an approach would contrast with present efforts from agribusiness that seek to bend reality to fit their old business models. Those business practices create near-monopolies, concentrate wealth, reduce farmer choice, de-skill and displace farmers, and accelerate the power of industrial agricultural practices to denude the natural environment.

Seedstock: What laws and policies can be put in place to encourage more sustainable agricultural practices?

Salvador: A new research agenda is necessary to generate the knowledge required for sustainable agriculture. In the same way that today’s practices are focused on boosting productivity as a result of concerted, publicly-funded research over a century and a half, the healthy food and farm future will require directed and strategic investment in a different direction.

Nearly 300 of the nation’s top agricultural scientists, rural sociologists and economists have recently endorsed this policy priority by signing a statement advocating “…greater public investment in agricultural research that applies ecological principles and relies, to the greatest extent possible, on ecological processes (agro-ecology) to address current and future farming challenges.”

Finally, we need to connect our nation’s food policy with its health policy, by prioritizing production and delivery of the foods that scientists and doctors recommend for healthful eating. If we do this, the benefits will include greater access to healthy food and healthier farms.