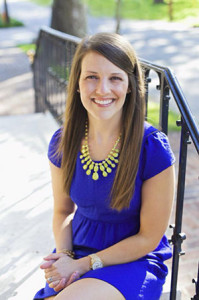 The City of Lexington, Kentucky has initiated a new local foods program as part of its economic development efforts.

Tapped to manage this new initiative is Lexington native Ashton Potter Wright, who has served as local food coordinator for Mayor Jim Gray’s office since the first week of June.

Wright previously served as operations manager of First Lady Michelle Obama’s Let’s Move Child Care campaign, where she was able to network with people from around the country. She holds a doctorate in public health from the University of Kentucky and worked at the Centers for Disease Control and Prevention. She also serves as president of the board for Lexington-based Tweens Nutrition and Fitness Coalition.

“The position was in the works for three years or so,” says Wright. “It’s modeled after a similar position in Louisville, Kentucky.”  Her territory includes not only Lexington, but also Lexington’s county, Fayette County.

Wright collaborates with an advisory board, which includes the dean of the University of Kentucky College of Agriculture, a representative from Kentucky Extension, an aquaponics nonprofit, several local growers and small business owners. Through these stakeholders, other partnerships are formed. She also works with her counterparts in Louisville and the eastern part of the state.

According to Wright, the Lexington mayor’s office wanted someone someone who would be able to collaborate with farmers, retail establishments and other entities.

“This position is a marriage of public health and local foods goals,” says Wright, who sees good food as fundamental for physical and mental health. Locally-produced foods, she says, are beneficial for a variety of reasons, including freshness and taste. Other plusses are fewer transportation costs, less time from harvest to plate, and a greater offering of non-processed foods.

In addition to health, Wright says that economic benefits come with an increase in local foods production.

In fact, economic development is at the core of Wright’s job, and a big reason why her position was created.

“I report to the mayor’s chief development officers—the city sees this is as an economic boon,” says Wright. “Keeping food dollars at home benefits everyone.”

Wright has already encountered obstacles at her new job. One obstacle is price, as locally-produced foods can cost more (although she stresses that they aren’t necessarily more expensive).

Wright is responding to these obstacles by thinking creatively. Her goal is for food to travel from farm to plate at a price customers can afford. She believes the key is understanding demand. And, she says farmers need to pool their efforts.

“Small to medium-sized farmers can’t do it alone,” she says. “We need a food hub or food aggregation point.”

In fact, a food hub for the Lexington area has been discussed and is on the radar, although nothing has yet been formalized, says Wright.

Another innovation Wright envisions is exploring the possibility of adding panels to the Lexington farmers’ market in order to insulate the space during cold weather months. This would enable the farmers’ market to do year-round business.

Wright has enjoyed some successes as well. She proudly points out having helped to facilitate numerous new connections between local growers and markets and schools, both private and public.

The University of Kentucky recently outsourced its dining services program, and a provision of the contract is that they serve at least $2 million worth of local food per year. Wright would like to see such developments continue.

“The key is to get fresh foods into more places,” she says.