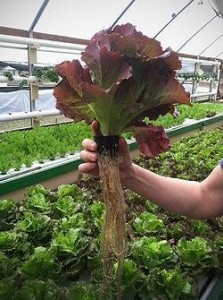 In a recent New York Times op-ed, Bren Smith, a shellfish and seaweed farmer on the Long Island Sound, states that “the much-celebrated small-scale farmer isn’t making a living.”

Smith’s article is positioned as a call-to-action for sustainable farmers across the nation to come together and force national reform. Claiming that too-competitive farmers’ markets and CSA’s and the proliferation non-profit farming operations conspire to price the small grower out, Smith states that his “experience proves the trend.”

Seedstock spoke with several of the small, local farmers we’ve covered over the last several years to get their take on Smith’s piece.

Smith argues that small farmers often work several jobs and typically do not qualify for traditional loan resources, and consequently are forced into “neo-feudal relationships with wealthy landowners.” Michael Hanan of Ten Acre Organics in Austin, Texas explains there are other ways to fund sustainable businesses.

“We do not work two or three jobs to pay the bills,” says Hanan. “In fact, my business partner, Lloyd Minick, and I have just gone full-time to grow Ten Acre Organics. Over the past two years we’ve prototyped our production model, made a detailed business plan, and networked with start-up incubators and investors that are currently supporting us in expanding our operations. It takes time, intelligence, and diligence to build a profitable business in local agriculture, but it can be done.”

Smith opines that competition for CSAs and farmers markets produce is too high, forcing unprofitable prices. Jamie Purcell, director of Wyoming Food for Thought and manager of a farmer’s market in Wyoming agrees with this assertion.

“We focus on distributing directly to local retailers and wholesalers instead of to farmers’ markets,” says Hanan. “Besides, there are millions of Americans that buy fresh produce every day but don’t have the opportunity or desire to go to farmers’ markets. Shouldn’t they have access to local, organic, and sustainably grown foods as well?”

“A problem many farmers have is they know little or nothing about marketing,” says Thoele. “Utilize the many ag programs designed to improve those skills. Markets can get saturated. You can either complain about the problem or change direction and find a better solution.”

There are clearly many sides to the sustainable agriculture story, but Smith’s article may be the wake-up call the small ag movement needs to mobilize and move beyond what some perceive as ‘just another fad’.

“I have read many recently that belittle or denounce ‘Locally Grown’ as a fad or hobby,” says Thoele.  “It is neither. It is a necessity in order to re-establish jobs for our local economies and to give the consumer the option over conventional produce. It also may be the best way forward for food security in the face of climate change and failing infrastructures.”

Colin McCrate of the Seattle Urban Farm Company sees the movement as the way forward, trend or not, and the time to talk is now.

“I think that most farmers put a positive spin on their story in the hopes that we will slowly make progress towards a better future and because, to a certain extent it benefits the movement for the public to believe things are going well for small farmers,” says McCrate “This is a good time to start a public discussion about these issues.”