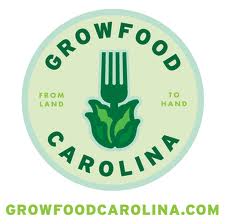 Around that time, a donor bought an old warehouse in Charleston that had been abandoned for two years and donated it to the League. After a lengthy planning phase and some extensive renovations, the League launched a new program, Grow Food Carolina. The program moved into the warehouse and began helping farmers expand their markets in 2011.

“Our goal is to help small to mid-sized farmers thrive, so they can stay on their land,” says General Manager Sara Clow.

Grow Food Carolina provides farmers with avenues to connect to the community by acting as a wholesaler and educating the public about the importance of local food. Clow visits every farm herself. She talks with farmers about the marketability of their current crops and ways to diversify, like by bisecting a 2-acre plot of collards into just 1 acre of collards and one acre of laciniato kale.

“One of our main goals is to align supply and demand, because at the end of the day that’s what will make those growers successful,” Clow says.

She also spends time talking with farmers about food safety and post-harvest handling. Many growers have never packed for wholesale before, so she coaches them on consistent bunching and icing the tops so produce is ready for retail shelves.

Growers deliver their packaged produce to the GFC warehouse once or twice a week. GFC staff then distributes the food to supermarkets from Whole Foods to Piggly Wiggly, as well as restaurants, all within a 20-mile radius of Charleston. GFC accepts the food on consignment and returns 80 percent of the sale price to the grower. At the retail level, GFC provides “point of purchase marketing” in the form of “shelf talkers” that engage customers about GFC products and the farms that produce them.

While GFC does not impose any specific growing requirements, the do insist that growers are 100 percent transparent about their growing practices. If farmers apply petroleum-based fertilizers, GFC passes that information onto the consumer.

“That’s another reason I visit the farms, so we know the growing practices of each of our growers so we can communicate that to the customers,” Clow says.

For now, GFC remains under the umbrella of the South Carolina Conservation League, but has launched a $1.5 million capital campaign in hopes of breaking away in coming years. So far, they have raised 1.2 million. They hope that once they close that funding gap, they will hit a sustainable funding level and will no longer need to reach out to the community for financial support.

“The organization was built around the needs of those farmers,” she says.

Rather than expand the organization’s range, she hopes to deepen it’s reach within the Charleston community.

“We have a long way to go in terms of consumer awareness of why local is important, but you can feel the demand for it growing as we move along,” she says.

Part of that community outreach happens at GFC’s demonstration and education garden. The organization frequently hosts school groups and opens its doors for community education days. Clow collaborates with the local food bank and the hospital wellness committee to promote local food.

“We try to emphasize the idea that the food choices that you make affect almost every part of our life and every other part of the community,” says Clow.